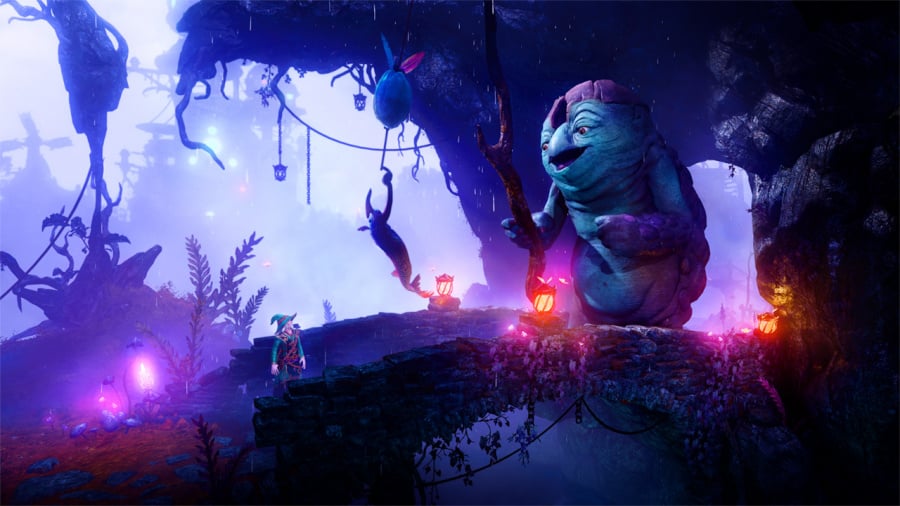 When an established franchise fundamentally changes up the tried-and-tested gameplay it’s known for, it can either go really well or quite badly. Take Metroid Prime, for example: moving the series into a 3D environment for the first time turned out to be the best decision possible, resulting in one of the most beloved and influential games of all time. On the flip side, Trine 3: The Artifacts of Power is a lesser game than its predecessors thanks to a poorly executed transition into fully 3D environments, as opposed to the 2.5D gameplay fans are used to.

It’s far from a total failure, though. Channelling the kind of joyful, quirky humour found in the classic Fable franchise, Trine 3: Artifacts of Power is a light-hearted jaunt into a world of mystical magic, packed with dank dungeons, stunning beaches, vibrant forests and more. The three heroes from the first two games return to the fold here: Amadeus, a wizard who happens to specialise in boxes; Zoya, a thief with a talent for grappling, and Ser Pontius, a noble knight with a big shield and even bigger gut. Whilst the story itself is nothing but a minor backdrop to support the core gameplay, we did appreciate the effort that had clearly gone into the writing and voice over work – it’s not going to win any awards, but it did bring a smile to our faces on numerous occasions. 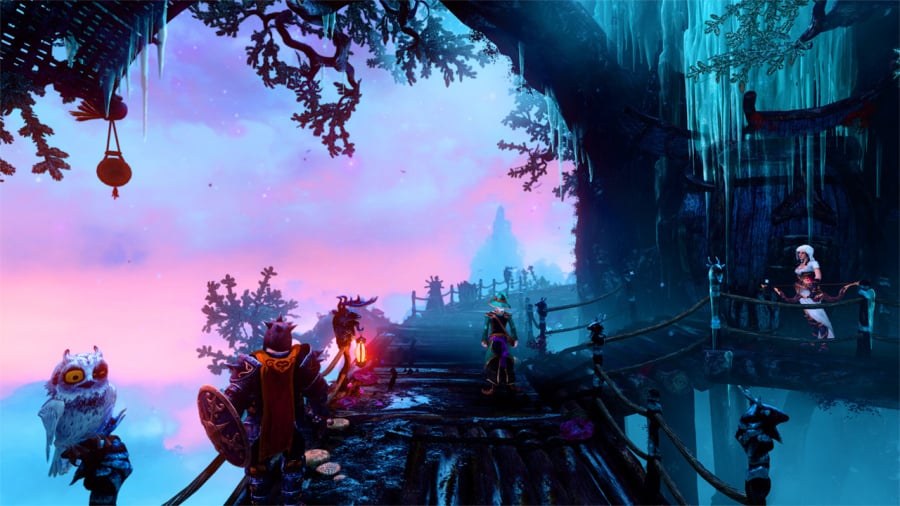 After a few introductory levels that act as a tutorial for each character, the three eventually all come together, giving you the opportunity to switch between them on-the-fly. The levels contain various puzzles that require the skills of each hero, so you’ll need to utilise all three in order to progress. You might come across a deep chasm full of lethal spikes, but a handy grappling point will allow Zoya to swing herself across with ease. After that, you might be faced with a high platform that’s just out of reach, requiring Amadeus to conjure up a box which you can then use as a makeshift platform.

All of this is required if you’re to collect the various ‘Trineangles’ – collectible golden triangles – scattered throughout each level. Unlocking new stages is only possible once you manage to gather a certain amount of Trineangles, so this is mainly what you’ll spend your time doing. It generally feels like an ineffective way of extending the length of what is admittedly a pretty short game, and we’d have much preferred to see more variation in the mission structure and level requirements.

Where Trine 3: Artifacts of Powers really disappoints is in its transition into fully 3D environments. In comparison to the previous titles, the shift in perspective has simplified the core gameplay to an unfortunate degree. All three characters have very limited move sets and abilities, and whilst it may be fun utilising Amadeus to manipulate objects within the environment at first, the novelty quickly wears off. The experience would have greatly benefited from unlockable moves or skill trees, but sadly repetition sets in far too soon. 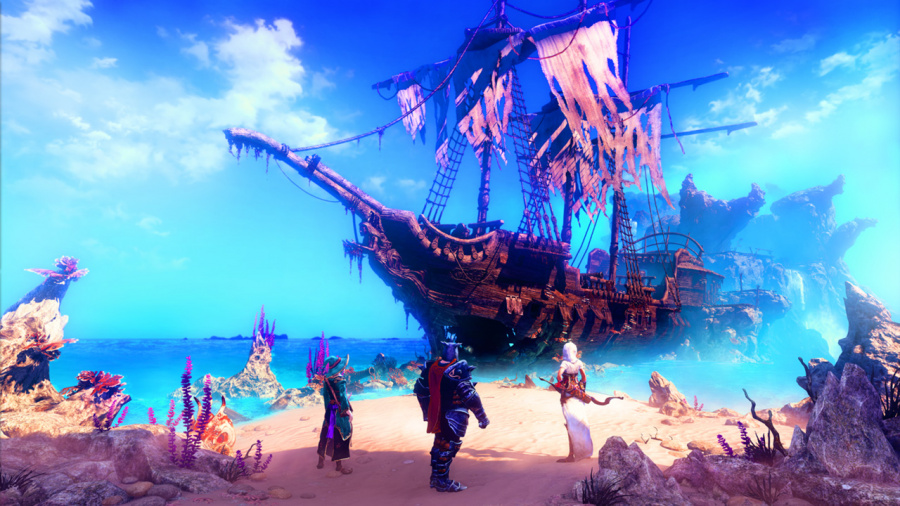 To exacerbate this issue, you’ll often find yourself going after the same Trineangles multiple times thanks to the problems caused by depth perception. Whilst the game has transitioned into fully 3D environments, the camera remains fixed in one position, much like in games such as Super Mario 3D Land, although you don’t have stereoscopic 3D to help you judge distances here. This makes it incredibly difficult at times to discern exactly where your character is in relation to the surrounding objects – certain platforms or collectibles may initially look like they’re in the foreground when they’re actually in the background, and vice versa. It’s a minor issue in the grand scheme of things, but one that irritates and persists throughout the entire game, making the experience much more frustrating than it needs to be.

Credit has to be given to Frozenbyte for their incredible mastery over Trine 3’s visuals. Certain graphical limitations can be expected on the Switch in comparison to other consoles, but the art direction is absolutely superb throughout. Colours pop from the screen, and the landscapes in particular look wonderful, from sunset beaches featuring sparkling oceans to vibrant forests bursting with flora and fauna. It’s a visual feast, and it makes it even more unfortunate that the gameplay itself simply doesn’t stack up by comparison.

Trine 3: Artifacts of Power is by no means a bad game. It’s visuals are exemplary, the characters charming and delightful, and the overall tone of the game is very well suited to the Switch. Unfortunately, in transitioning over to fully 3D environments, the poor depth perception and limited sense of progression really hurts the experience. If you enjoy collecting items, there’s just about enough here to warrant a purchase, but everyone else would be wise to hold off until the upcoming Trine 4.

Check out Doom Slayer’s Fortress of Doom in Doom 2016 sequel Doom Eternal
Slay The Spire’s new character, Destiny’s new secret, and more of the week’s updates
Godfall Gameplay Leaks, Unlikely it’s for the Presumed PS5 Reveal Event
This Untitled Goose Game LEGO Set Could Be Yours, But You’ll Have To Vote For It
New Snack World: The Dungeon Crawl Gold trailer