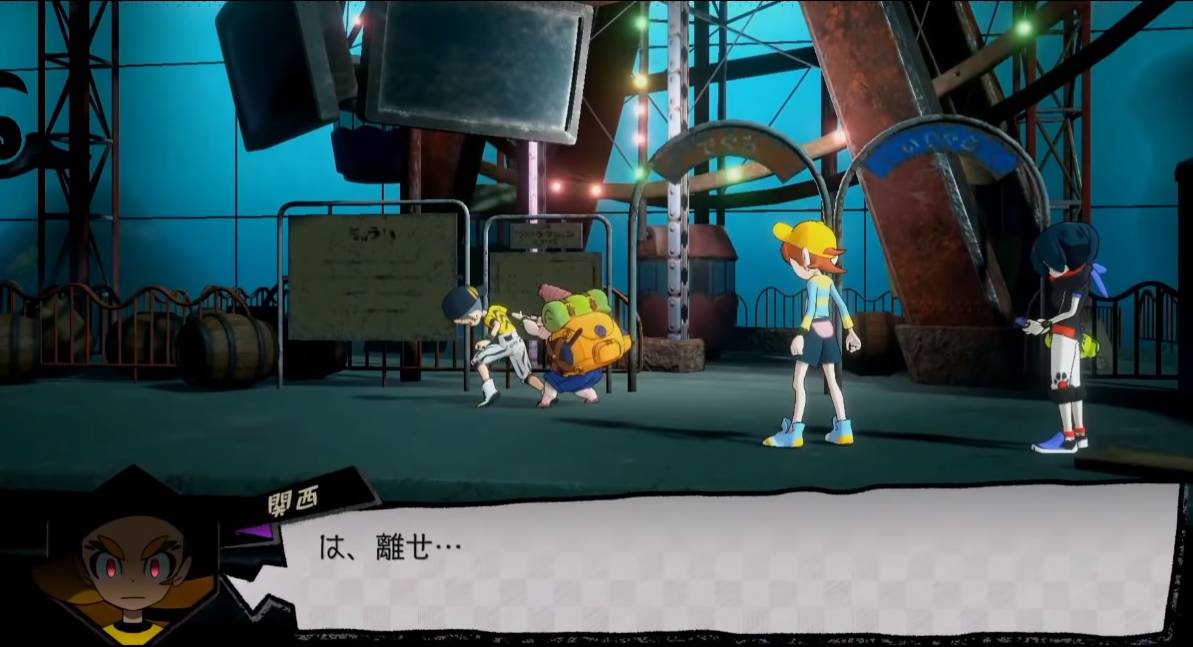 The first footage of Death March Club reminds us a lot of the team’s previous works…except it’s a platformer.

Death March Club is the first game from Too Kyo Games, which was founded by Kazutaka Kodaka (creator of Danganronpa) and Kotaro Uchikoshi (creator of Zero Escape). It looks like Death March Club will explore similar dark themes, but with a different style of gameplay.

The trailer contains an opening cinematic, which outlines the ‘Assignment Game’, which not unlike the Nonary Game from Zero Escape (although the game’s antagonist reminds us much more of Monokuma). After some ominous and familiar description of this (you can turn English subs on for the trailer below), the camera zooms out…and reveals a bunch of anime kids on a bus watching this grim scenario play out on TV. Twist!

As it turns out, Death March Club is a 2.5 puzzle platformer with a cutesy anime visual style. Will children still get killed? Probably! A lot of the gameplay footage is just of kids running around, but the game’s official site has some more explanation of what’s going on:

“In a school in Tokyo, there is a group called the ‘Losers class’ in which underachievers from around the nation have been gathered together as classmates. This class is made up of Reycho and his friends. Kids that are somewhat unusual compared to the rest of their peers.

On a certain summer day, on a school trip, their school bus gets caught in a rock slide accident. They awake finding themselves in an amusement park that was constructed underwater, closed down for years and left abandoned. From out of nowhere appears a clown, demanding they take part in a game of death where they have to sacrifice the lives of their classmates to win.

Without having any time to understand what’s going on Reycho and his friends are dragged into the clown’s inhumane game and have to struggle for their lives. How will these kids overcome this insanely abnormal situation? When everything seems to be completely hopeless and they are at their wits end, mysterious powers awaken with them.

And all at the same time…the world above… undergoes some extreme changes too.”

The game has only been announced for PC so far, but we’d be surprised if it didn’t come to PS4 as well.