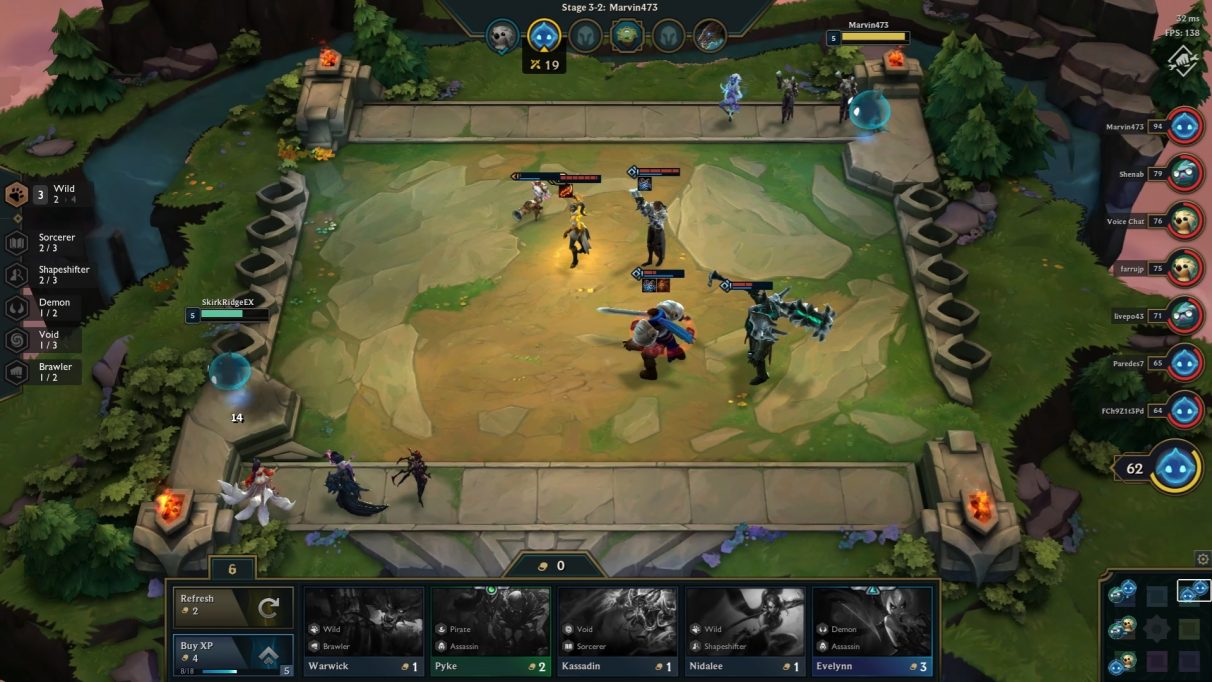 Champions did get a small tweeak in the latest patch for Teamfight Tactics. It seems that Kai’Sa hasn’t had the desired effect on the meta and as such needed a bit of a boost. We’ve got the lowdown on all the updates to the TFT tier list in patch 9.20. 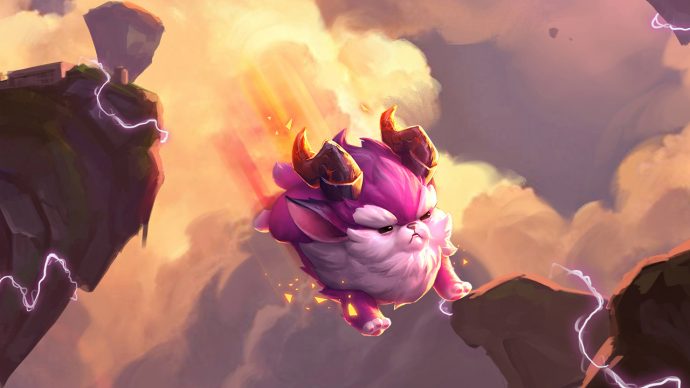 This guide has the TFT tier list as of patch 9.20. We also have all of the updated champion stats and skills for every single one of the champions in the game. 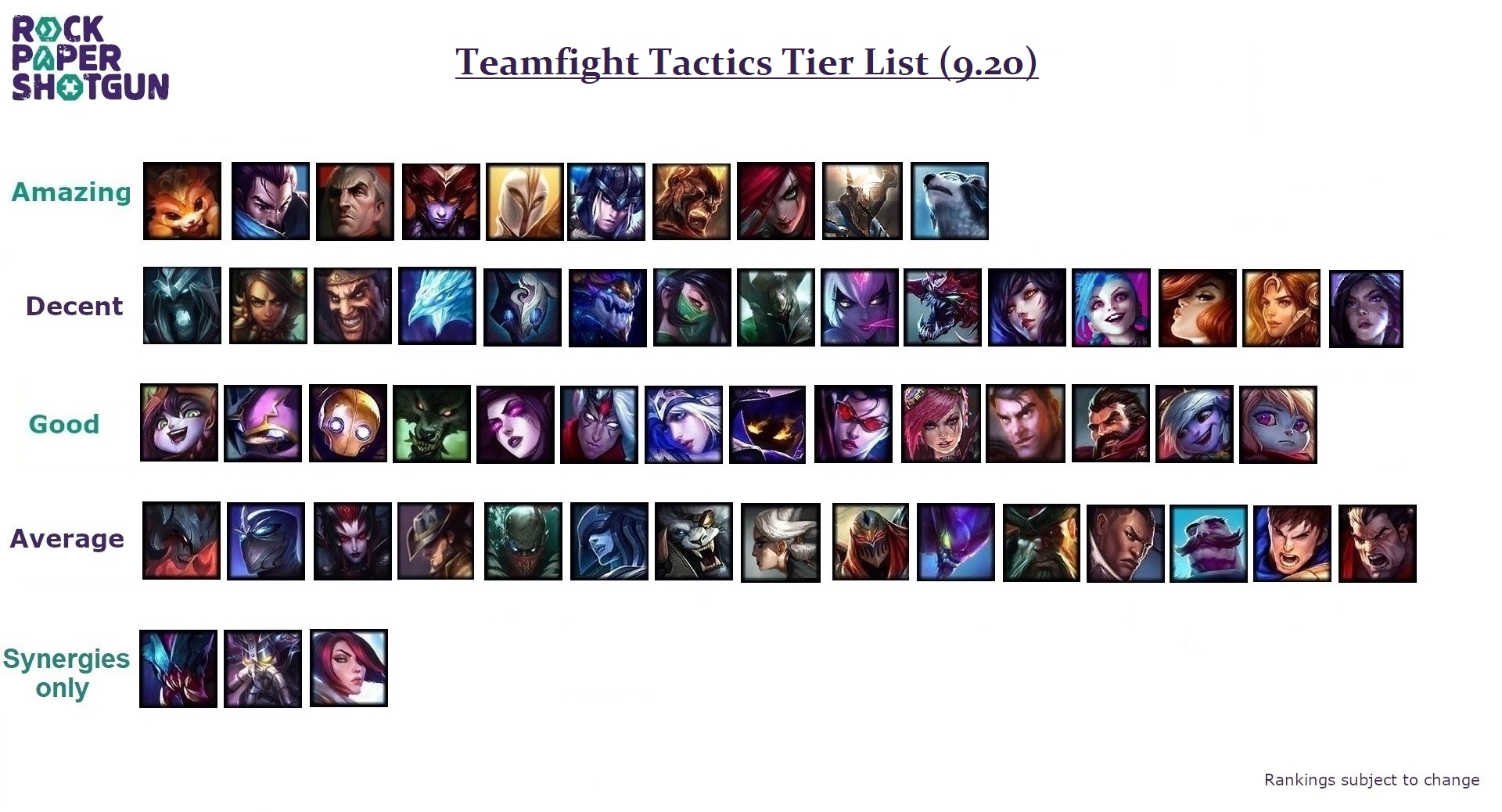 Above is our TFT 9.20 tier list, which includes the newer champions like Kai’Sai, Pantheon and the Hextech champions. There are champions that are essential for certain team compositions, but there are also ones that only really should be used as part of your corresponding synergies (Origins and Classes). To see how they fit into certain comps, check out our Comps TFT 9.18 guide to help you out.

Of the top picks, Gnar did see some big nerfs, but we don’t think that will affect him much. Yasuo’s health buff makes him the best 5 cost champion now, with Swain taking a bit of a hit, but he’ll still be useful in relevant comps. We’ve put Kai’Sa here because we anticipate a lot of comps to be created to take advantage of her Void and ranged attacks, given she has the quickest attack speed in the game. Pantheon

As for the state of the meta, Void/Assassin and Shapeshifters have been the dominant builds, but this could all change with the new champion. In fact, Void could now synergise with Rangers as well to make an even more brutal comp. If any champions are going to see changes, look to Rangers like Varus or Ashe.

Volibear did get some nerfs, but his recent buffs mean that there could be a comeback for Glacial/Brawlers.  Nobles got a fair bit of a nerf in the champion trait, but are still overall in a great spot. Kayle is still very high tier thanks to her application of protective shields. Evelynn has grown in popularity recently and even the small nerf won’t change things too much as the execute ability is still very, very good.

Find out more about them in our TFT patch notes [9.20] guide.

The worst champions at the time of writing are Fiora, Kassadin, and Rek’Sai. Fiora is just that little bit too vulnerable post-early game. Lissandra for the longest time was considered the worst, but she did get a bit of a buff to her overall stats, so there’s a chance she might now see her as a big part of Glacial/Elementalist based comps.

Kassadin has seen a lot of downgrades as of recent weeks as his shield is just a bit too powerful and even though I never rated him at all, I firmly believe he’s now one of the worst champions. Rek’Sai is also a bit lower thanks to the 9.17 nerf of both Brawlers and Sorcerers. These were the worst of the bunch for those two classes. Void does get a big buff with Kai’Sa, so perhaps Kassadin’s time is up? 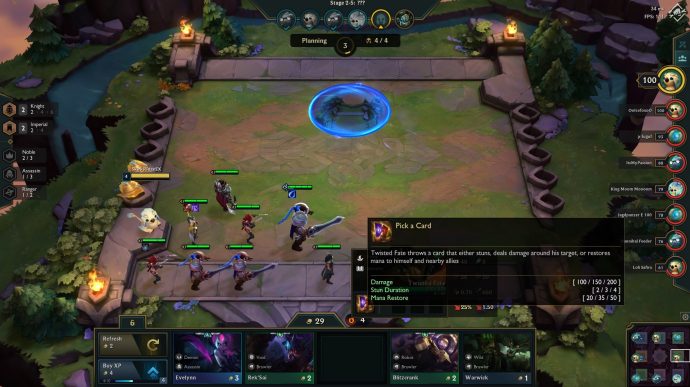 Perhaps you want to make your own team compositions? Below are several tables which will list all of the champions by their tier. At tier 1, they’ll all cost one gold to purchase, tier 2 champions cost 2 gold, and so on up to tier 5 at five gold.

In each table, I recommend either searching for the champion’s name if you know it or the Class/Origin of your choice to see which ones are available at that tier. Please note that health is displayed with three numbers, each corresponding to a particular star rank.

Rank 1 is the left-hand number, Rank 2 is the middle one, and Rank 3 is the right-hand number. For example, Miss Fortune currently has 750/1350/2700 HP. All other stats increase as well, though patch 9.14 confirmed what these values are.

We’ve updated the stats tables below as of 9.20, which completely changes some stats, but we’ve done the hard work of re-totalling the numbers for DPS and health.

We have a whole host of other useful Teamfight Tactics guide pages for your convenience. Why not take a gander?

Comps TFT 9.18 – A collection of the best team comps to invest in.

TFT traits [9.20] – origins and classes – Learn about Champion drop rates and their Classes and Origins.

TFT gold – Tips for making money as quickly as possible in TFT.

TFT beta pass – Learn everything about the beta pass, upcoming champions, and eventually all about the upcoming Season Pass.

Call of Duty brings back Xzibit’s Pimp My Ride persona to sell you Warzone vehicle skins
Those Who Remain Review – Horror or Torture? (PS4)
Random: Brighten Your Day With This Glorious Animal Crossing Tom Nook Cake
Get a Fus from the past in this Skyrim fan video and its 2012 SFX
Priceless Play – 30 May 2020