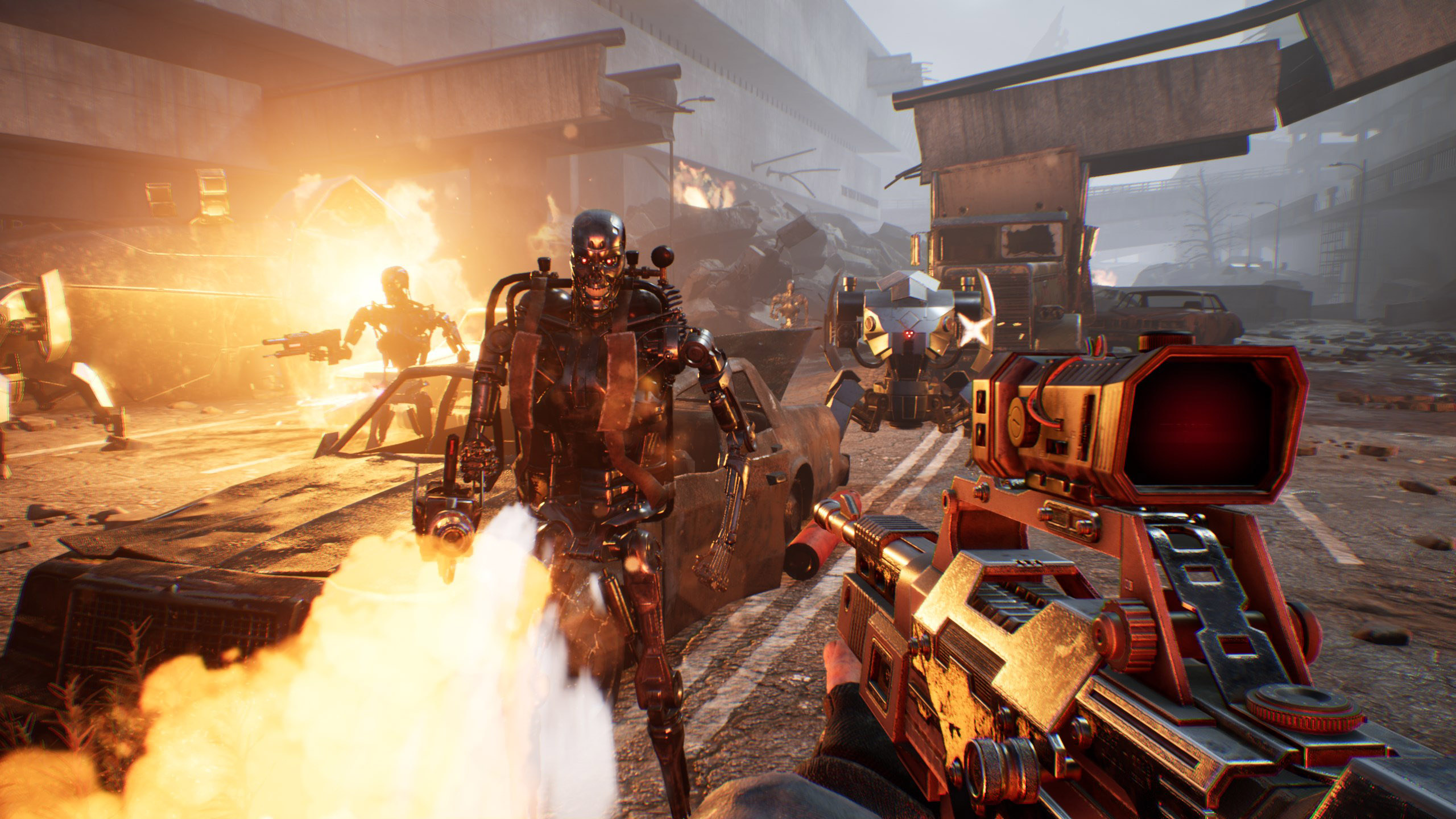 You’ll undoubtedly take the fight back to the Terminators in this new game, but first, you’ve gotta slowly sneak through some rooms.

About half an hour of Terminator: Resistance live gameplay footage has popped up in a PlayStation Access video from EGX (cheers, PC Gamer). The footage, which kicks off around the 2:31:30 mark in the video below, shows that Terminator: Resistance is going to involve a lot of slow, crouched sneaking and running past patrolling T-1000s.

In the demo level shown here, the player is armed with a gun, but there’s little point in firing it at the Terminators themselves – while later plasma weapons will be able to harm them, bullets will just bounce off. Thankfully, the player has access to a stealth vision mode (Ultravision), which lets them see through walls and gather information about enemies ahead.

The video shows off a hacking minigame, which looks a lot like Frogger, and it looks like there will be a leveling system as well. When some Terminators pop up, the player needs to read their patrol patterns and sneak around them – if they get spotted the Terminators can kill them almost right away.

Visually it kind of looks like a PS3 game (and certainly not as impressive as what was shown in the reveal trailer), but mileage will vary on whether or not that bothers you. There’s even an appearance in here of a character model that looks exactly like Robert Patrick from Terminator 2, which hopefully hints at some deeper Terminator lore in the game.

Honestly, from this footage, it’s hard to say how likely or unlikely it is that the game will be good. But we’ll find out for sure when Terminator: Resistance launches on November 15 in Australia and Europe, and on December 2 in North America.

Far Cry 6 Will Have Third-Person Cutscenes, a Huge Change for the Series’ Traditional First-Person Storytelling
Ninja is streaming on YouTube now
Tropico 6’s city-building shores are free to visit all weekend
Watch Dogs Legion will allow you to play as a descendant of Assassin’s Creed’s Jacob Frye
Carrion’s marvellous meatmonster is coming on July 23rd