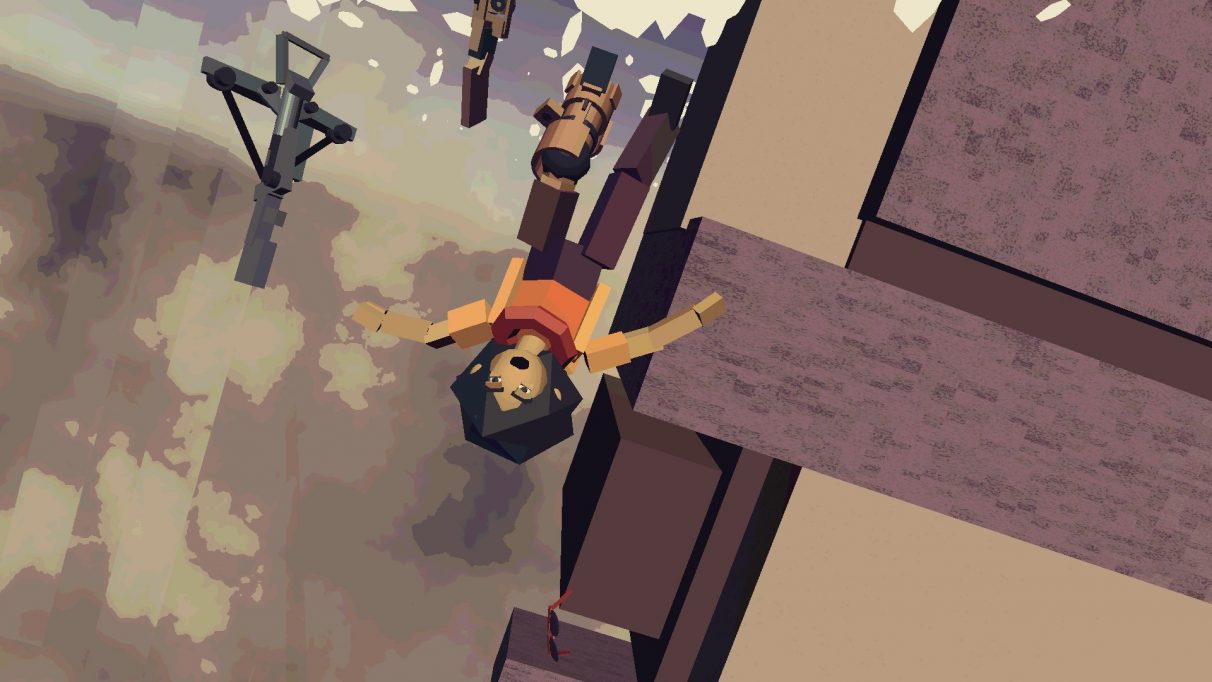 I have installed exactly two trillion games on the RPS steam account. This is one of the very few that I still make time to play.

It narrowly missed winning Unknown Pleasures back in May when it entered early access. I regret that now. It is super stylish, for a start. 1001st has a low-poly look that looks far better in motion than any of my screenshots. Its many guns and villains are colourful and distinct, and the music is excellent. Its randomly generated levels get pretty labyrinthine, and between your rocket-powered leg and the constant urge to climb, fights are super vertical, and trouble, or hidden weapons, can pop up anywhere. You can also fall off at any moment if you get careless, as seen at the start of its shiny new trailer.

You carry two guns, which draw from one of three ammo pools each, and sap it at different rates, so the usual roguelike decision of which weapon to drop gets more complicated as you need dip in and out of each very limited supply. Those guns are great too – crossbows, flare guns, plasma beams, and the two words I generally use to sell people on the whole idea: “GASOLINE SHOTGUN”. You can also give things a solid kick (one upgrade triples its power, making it feasible to kick down some walls – just about everything can get blown up too, which makes things really chaotic at times). Booting down doors never gets old, and hoofing people off the tower is always entertaining.

It’s bloody hard, but it’s mostly fair, and though it alternates between frantic and measured, you have a lot of control over when to dive into a messy fight and when to regroup. Enemies are easy one on one but a nightmare when you stumble into a gang and have to think on your feet. The first boss in particular is a multiple stage obstacle that I’m still not entirely sure how to actually kill. I get closer every time, and I’m honestly surprised by how little it frustrates me when I mess up a jump and fall back to the start. Developer Toster12D3 claims they’ve made things a bit clearer here, and they’ve added shortcuts to later levels if you reach them once. I’ve not tested those bits yet, but the game’s made steady progress all year and I’ll definitely be playing it again soon.

Also: possibly my favourite soundtrack of the year. Here, have a listen to its old trailer and try not to purse your lips and nod.

Here’s a list of the new fish and bugs available in Animal Crossing: New Horizons in June
A Total War Saga: Troy will be an Epic Games Store exclusive for one year, free for the first 24 hours
Black Lives Matter bundle on itch has raised over $50,000 and counting
After 27 Years, Westone’s Clockwork Aquario Is Finally Getting A Release In 2020
Sega Releasing Game Gear Micro In Japan