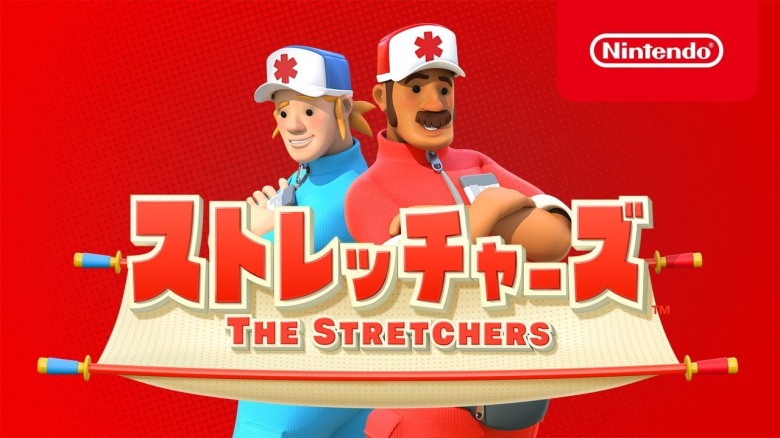 The Stretchers, a comedic puzzle co-op game developed by Tarsier Studios and published by Nintendo, is now available to download from Nintendo eShop on Nintendo Switch. Players can take on the role of two medics by sharing Joy-Con with a friend or set off alone to rescue troubled civilians, known as Dizzies, in all kinds of wacky ways. Check out the game in action in The Stretchers launch trailer on Nintendo UK’s YouTube channel.

To rescue Dizzies, players will drive to each scene in their ambulance, and this is where the chaos begins: break through walls, soar through the sky and face other wild perils on the way to each rescue. Once they’ve arrived, players will need to cooperate to pile Dizzies up on their stretcher (or grab them by the limbs) and bring them back to their trusty ambulance, dodging dangers and cracking conundrums along the way. Furniture can be moved to block zapping lasers, wrecking balls can destroy walls, and more. Finally, after another thrill-filled road trip back, rescued Dizzies can be cured, just in time for another call to action!

Players can pass a Joy-Con to team up with a friend* to avoid traps, find bonus treasures and solve puzzles together, all while helping those who need a hand. Solo players can also go it alone, controlling both medics at the same time.

On top of rescuing dizzy citizens in need, the game offers several side missions that span sawing down trees, building ramps, blowing up rocks with fireworks, and even games of hide-and-seek.

Summer in Mara launches 16th June on Nintendo Switch
The map in Fortnite could be flooded in chapter 2 – season 3 according to artwork leak
Play Half-Life: Alyx as a more traditional shooter in this VR-free mod
Paper Mario Secrets – Did You Know Gaming? Feat. Dazz
Turn-Based Strategy Game Inkulinati Needs Your Help To Launch On Switch