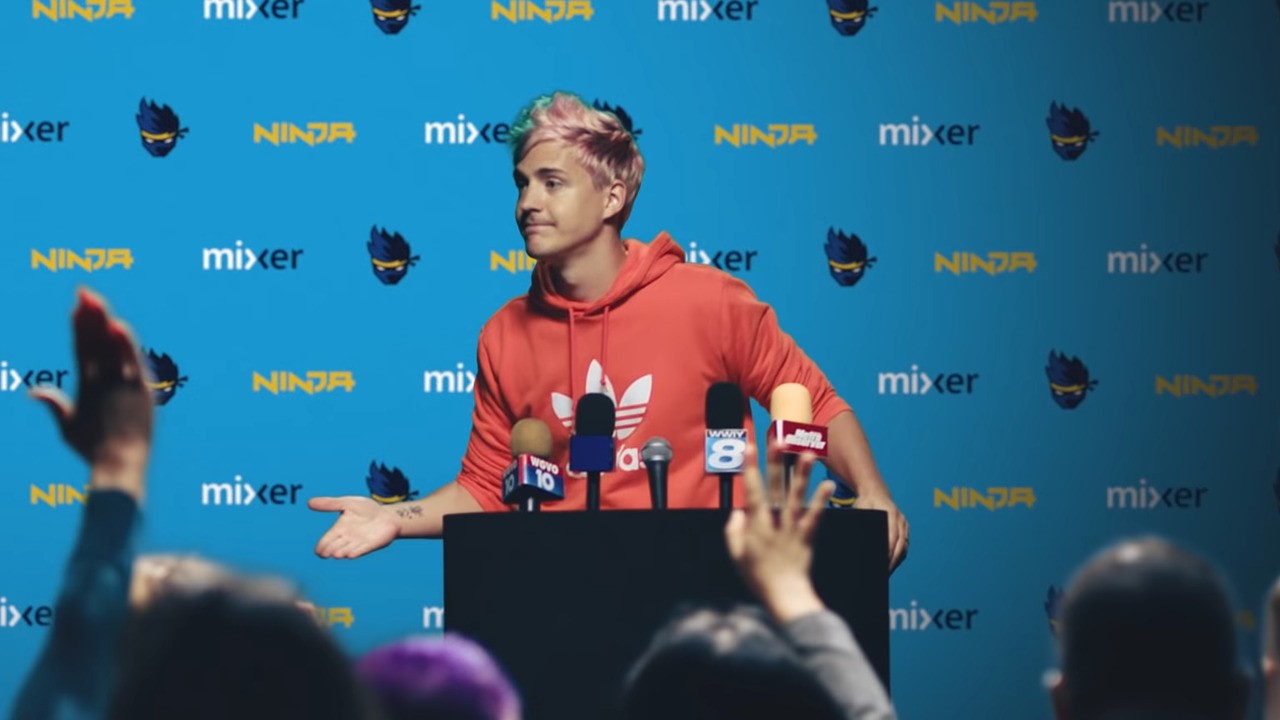 Earlier this week, Fortnite developer and publisher Epic Games placed a lifetime ban on the professional eSports ‘FaZe Clan’ player Jarvis Kaye after he was caught cheating in a series of videos online. In a YouTube upload, Kaye said he didn’t consider Epic’s zero-tolerance policy when it came to the use of cheat software, and just wanted to create entertaining videos.

Tyler Blevins – famously known as Ninja, the world’s most popular Fortnite streamer – has now shared his own thoughts on the ban, stating how he believes content creators who cheat should be handled “a little bit differently” to regular players because it’s how they earn a living.

There’s a difference between a content creator who has millions of subscribers, hundreds of thousands of followers, who gets banned from literally what makes him money and some kid…who has absolutely zero following, has zero money that comes from gaming, and hacks. You ban that kid, nothing happens to him. Nothing happens. ‘Oh no, he can’t cheat anymore.’ You ban Jarvis… It’s different. The stakes are different, it should be handled a little bit differently.

You ban one, you ruin his life. You ban the other, he makes another account and keeps cheating. It’s different. It has to be handled differently.

Later on in the stream, Ninja said the ban should “100 percent be there” but explains how punishing creators could easily backfire on developers:

Without your content creators as well, though, it has a negative impact on your game.

He also mentioned how punishment for juveniles who cheat should be different, just like it is in the legal system.

Should pros and streamers be treated differently? Share your thoughts below.

The World Ends With You: Final Remix Is On Sale For Half Price Until 19th July
The Last of Us Part 2 player nearly made Ellie drown to capture this moment
The Steam Summer Sale ends tomorrow, in case you forgot
Animal Crossing, Mario And Star Fox Discounts Appear In Latest My Nintendo Rewards (Europe)
Atlus Says Persona 5 Scramble’s Sales Exceeded Its Expectations