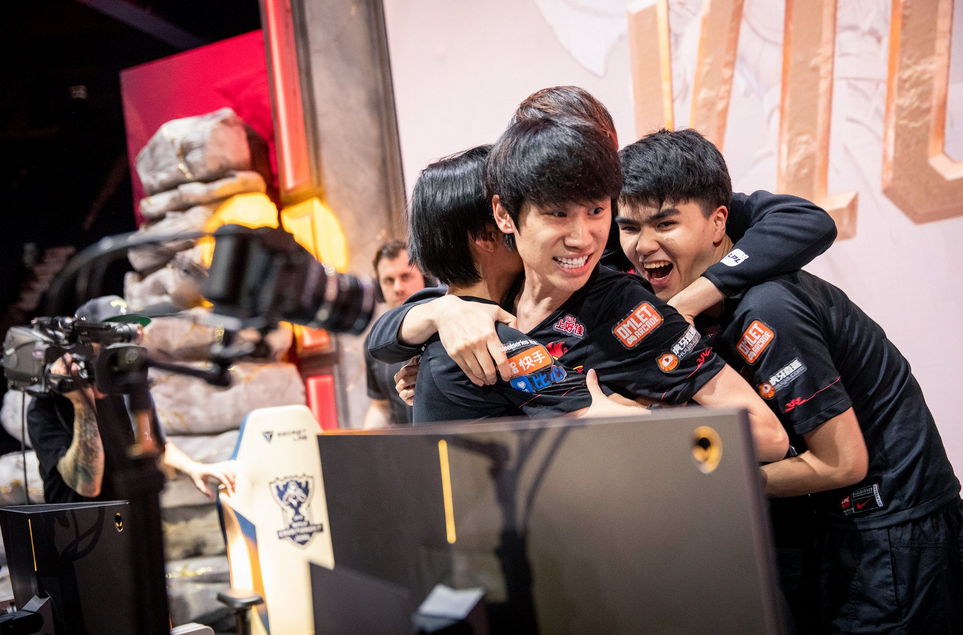 China’s FunPlus PhoeniX (or FPX) has come out on top in this year’s League of Legends World Championship finals against European team G2 Esports (G2).

In front of a heaving Parisian crowd, FPX won the five game series against the European challengers, 3-0. G2 had hoped to be the first Western team to win the Summoner’s Cup in eight years.

FPX’s Gao “Tian” Tian-liang earned the title of Most Valuable player for his performance.

“I did think that I did all that was required of me in the three games today, but I’m actually very surprised that I became the MVP,” Tian said in an interview with Sjokz after winning the title. “I often read comments in the communities when I was in China, and people often said that Tian plays like this player or that player. I think I proved myself today and showed the world what kind of player Tian is.”

.@FPX_Esports catch one in the river and then a beautiful kick from Tian leads to two more kills before @G2Caps answers back with one! #Worlds2019 pic.twitter.com/XowYO9jdZx

Riot Games CEO Nicolo Laurent described the finals as ”the biggest event in the history of eSports,” with around 100 million people around the world estimated to have watched the finals.