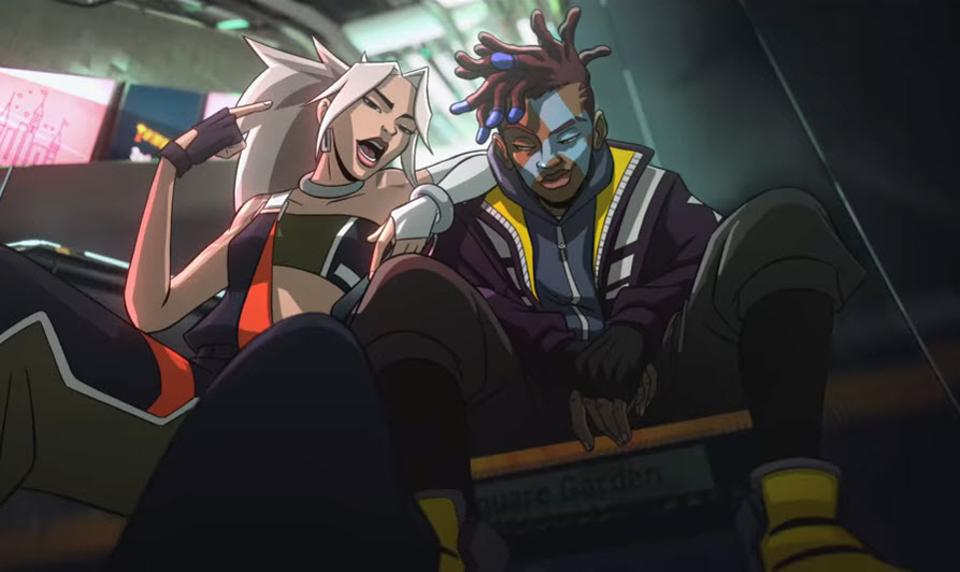 Riot Games kicked off this year’s League of Legends World Championships with a spectacular holographic concert in Paris.

The opening ceremony, which took place this weekend ahead of a showdown between Europe’s G2 and China’s FPX, features a performance from the in-game musical collective True Damage which mixes real-world dancers and singers with augmented reality holographs.

Things kicked off with singer Valerie Broussard who performed “Awaken,” which was released as a stand-alone song earlier this year, before True Damage made their appearance with the song “Giants”. The musical opening closed out with singers Cailin Russo and Chrissy Costanza performed the song “Phoenix” before players hit the stage.

First revealed earlier in the year, True Damage is a semi-fictional musical group in the vein of K/DA – the K-pop influenced group of League of Legends champs revealed during last year’s Worlds final. However, this time around Riot is opting for more of a hip hop flavour. Members of True Damage include League champs Akali, Ekko, Qiyana, Senna, and Yasuo, as voiced by musicians Soyeon of (G)I-dle, DUCKWRTH, Thutmose, Becky G, and Keke Palmer, respectively.

The official music video for “Giants” has already reached over 1.5 million views on YouTube so far.

Mortal Shell’s Physical Edition is Slated to Arrive in October Instead of Launch Day Due to Demand
Kate Bishop, She Hulk, And War Machine Could Be Coming To The Avengers Game
Become a master chef with Cooking Simulator on Xbox One
GTA Online Los Santos Summer Special update: all new vehicles, prices, Adversary Modes and more
Fortnite: How to get the Hulk Smashers Pickaxe