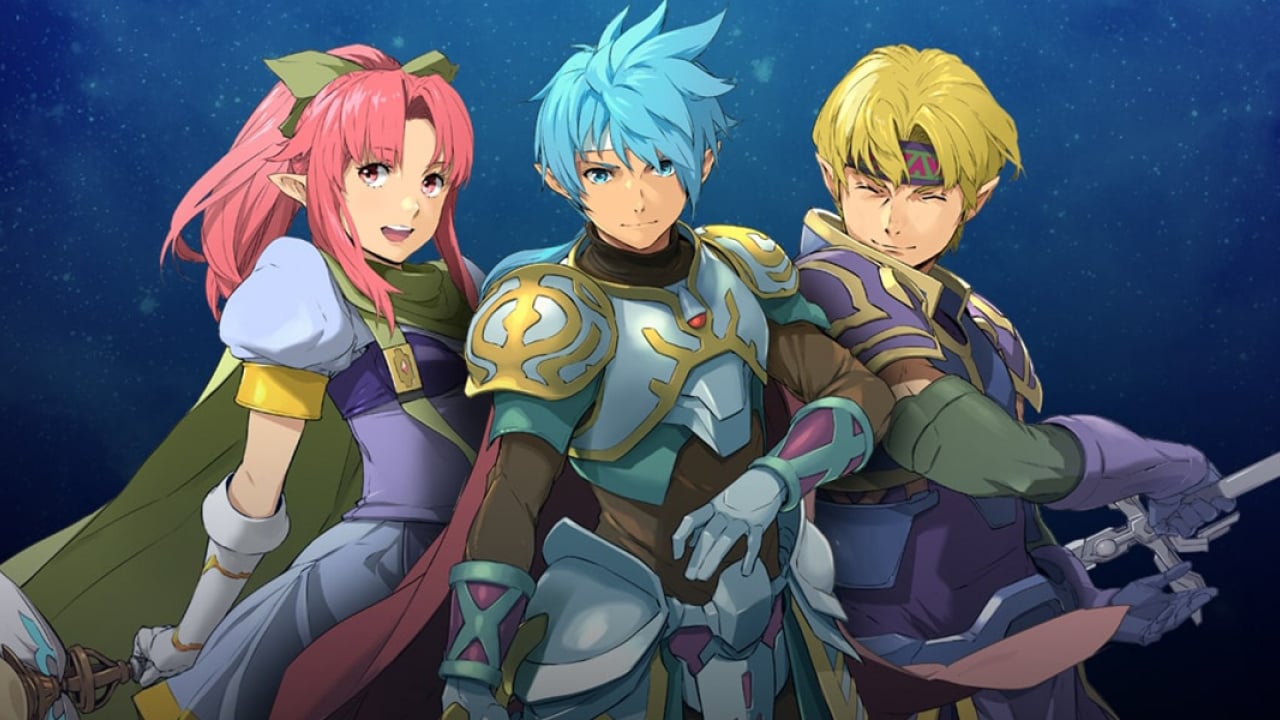 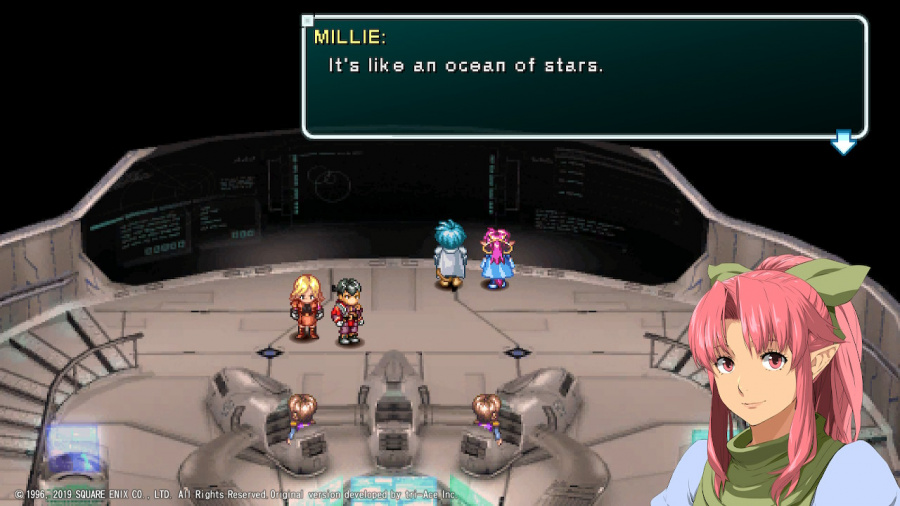 This very first game in the Star Ocean series – a series which eventually grew to include eight titles of varying quality – has been through a handful of iterations over the years. Originally released exclusively in Japan on Super Famicom back in 1996 it was then extensively remade using the Star Ocean 2 engine for PSP in 2007, adding brand new prerendered backdrops, voice acting, 3D battlefields, a world map and beautiful CGI cutscenes courtesy of Production I.G. This updated and enhanced version of the game now finds its way onto PS4 and Nintendo Switch in the form of Star Ocean: First Departure R and what we’ve got here is essentially the same game released on PSP with high definition visuals, some newly drawn character avatars and a handful of combat tweaks to make things a little more challenging.

This is still a pretty fun little RPG to play. It runs about twenty hours so doesn’t outstay its welcome and many of its systems – real time battles on 3D battlefields and extremely deep crafting – are still quite impressive to this day. However, it’s also very much a product of its time, nowhere near as complex or gripping as the second game in the series, and it tends to waste a lot of time with endless backtracking and random enemy encounters that make the whole thing a little bit of a chore to grind your way through. 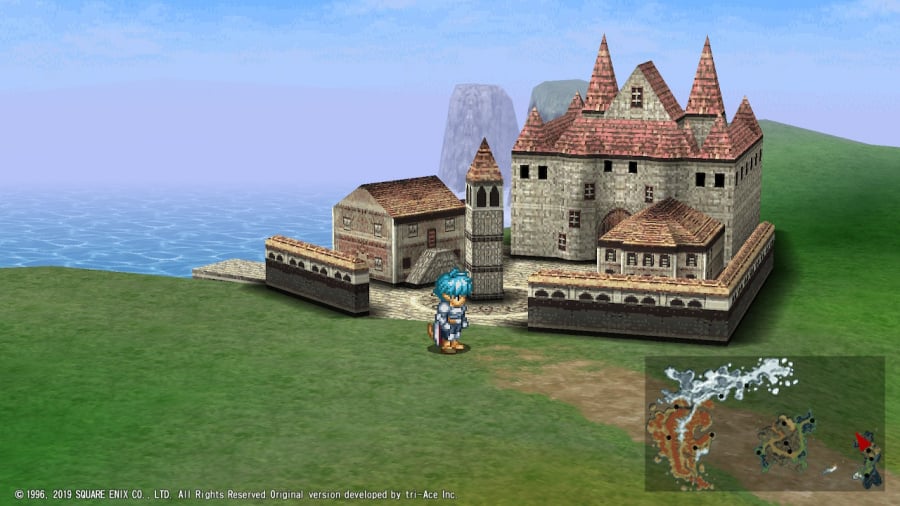 Star Ocean: First Departure R tells the story of Roddick, Millie and Dorne, self-appointed local village defence force and residents of the rather backwards planet of Roak which has found itself in the grip of a mysterious illness that’s been turning its inhabitants to stone. After a chance meeting with Ilia and Ronyx, futuristic space adventurers who have travelled from a much more technologically advanced version of Earth, the gang joins forces and travels through time, harnessing advanced technology in order to get to the bottom of Roak’s problems, learn the truth about their planet’s war-torn past and find a vaccine to help save the population, including Dorne who is struck down and turned to stone early in the game’s storyline.

Star Ocean’s mixing of traditional fantasy with sci-fi elements was ahead of the curve back in the 1990s and it’s still a fun and intriguing setup. Early scenes showing the young adventurers as fish out of water, being ushered around a space federation ship where they’re bamboozled by automatically opening doors, wowed by elevators and confounded by computers are still entertaining and, in these early stages, there’s hope for a satisfying and thrilling adventure that, unfortunately, never really comes to fruition. This is mainly because once the characters set out on their quest proper the game loses a lot of its rhythm, wasting time with simple quests which involve copious amounts of backtracking and those random battle encounters which see you face off time and again against the same handful of enemies – whether you’re in modern day Roak or have travelled 300 years into its past, you’ll come up against the very same foes wearing exactly the same armour – who all too quickly become very easy to beat, more of a hindrance that any kind of satisfying combat challenge. 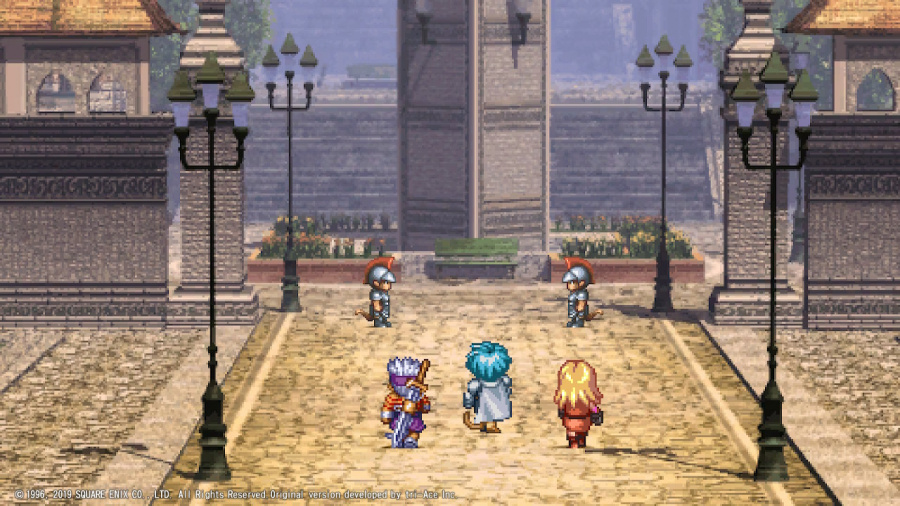 Indeed, the combat here, though certainly something new and impressive back in the day, is a simplistic and often tedious affair compared to more modern RPGs, with real time battles more often than not devolving very quickly into button mashing. It’s still fun to be able freely move your characters around the battlefield to line up attacks but things pretty much always degenerate into spamming your special moves – of which you’ve got two assigned to the L and R buttons – and hacking away, pausing to heal, until all your enemies are dead. During these skirmishes you control one of your party of three and can freely switch control to whomever you prefer whilst issuing various strategic commands such as spreading out to attack or getting stuck in as hard and fast as possible.

Much more successful than the combat are the crafting, item creation and skill systems here which still feel surprisingly deep and satisfying and afford you plenty of opportunity to tailor your character skills and weapons to suit your playstyle, giving you an edge in the heat of some of the more difficult button-mashing battles against the handful of bosses that pop up over the course of your travels. And we really do mean handful. There is a real dearth of side activities, quests and even dungeons over the course of your adventure here, towns and villages are compact and you’re funnelled pretty quickly through proceedings with that running time beefed out for the most part by the backtracking and constant random encounters we’ve previously mentioned. 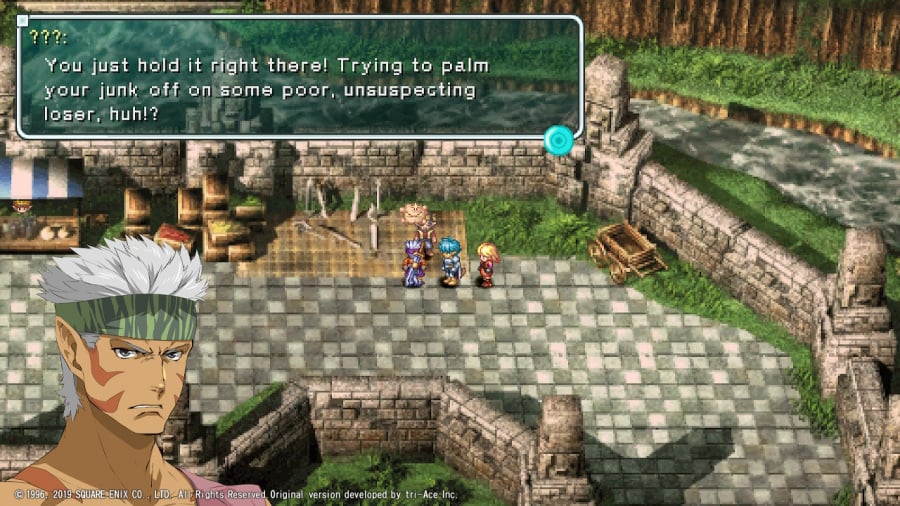 Star Ocean: First Departure R also features Private Actions – another commendably novel idea when the game first released – which are totally optional and allow you to stop to chat to your party members in order to affect relationships – there’s a basic affinity system at work here that feeds in to the outcome of the narrative – and also learn some more of backstory to characters and events. As we said, it’s totally optional, but it’s also more than worth taking the time to indulge in so you get the most of what little story there is here and it certainly adds some much needed depth to the game that you can influence the narrative in little ways through these instances alongside some basic dialogue options that pop up over the course of proceedings.

In terms of this new version of the game, what’s here is well presented, the newly HD visuals giving the whole thing a fresh energy and those enhanced backdrops from the 2007 PSP update still look pretty good nowadays. You can choose between the old PSP character avatars or newly drawn ones by Katsumi Enami which are based on artwork from the original 1996 game. Controls are easy to get your head around, there are virtually zero loading times transitioning between locations and the whole thing is fully voice-acted in both Japanese and English.

Fans of Star Ocean will know what to expect here. This is a game that’s pretty fun to blast through for nostalgia’s sake or from the point of view of simply experiencing the game that kickstarted the long-running series. For anyone else this is simply a pretty old RPG that’s showing its age in many ways. There’s certainly still some fun to be had for sure, the mixing of fantasy and sci-fi on offer here is an endearing one, and it’s noteworthy for the handful of novel features it introduced to the genre back in the day but – with a story and gameplay that were pretty average at the time of its release and haven’t aged particularly well in the interim – it’s definitely an experience recommended specifically for fans and those of us who wish to see the superlative second game in the series get the chance of a Switch re-release.

Netflix’s New Video Game Documentary Series Is Narrated By The Voice Of Mario
Looking back to 2015 and the Time Capsule that was Rare Replay
Watch today’s State of Play livestream here
Crysis Remastered Version 1.3.0 out now for Switch and adds gyro aim options
Surgeon Simulator 2 extracts a closed beta this weekend