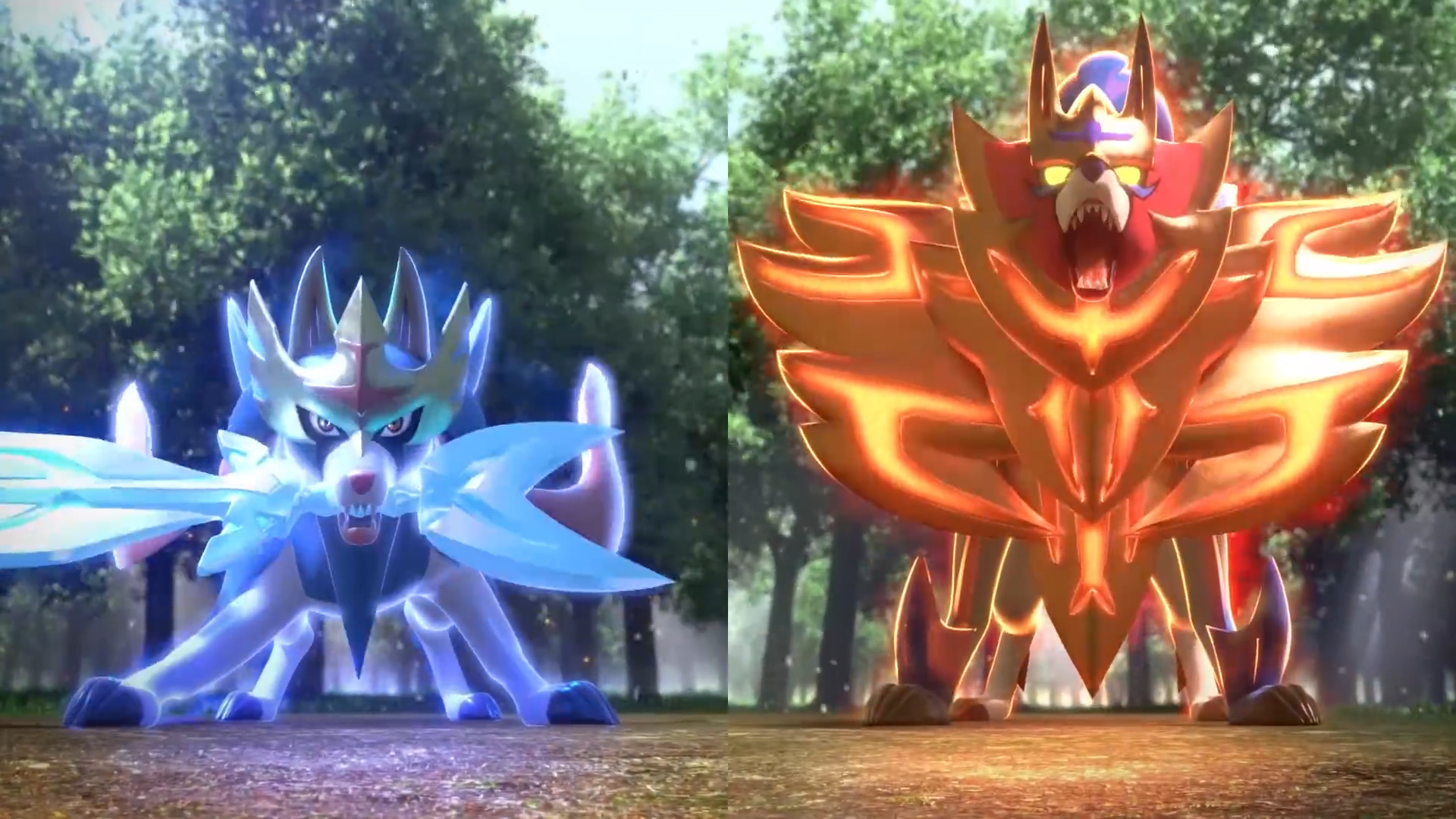 If you’ve ever been online, which I don’t advise, you may have noticed that lots of gamers are extremely mad at Pokemon. While much of the seething anger comes from the fact that some Pokemon are missing from Sword and Shield, some fans also felt that the games were too easy.

Just search Pokemon on Twitter and you’ll see a whole host of angry tweets arguing about the difficulty of a game that is, let’s be honest, made for children.

While some of the missing Pokemon are set to return via DLC, developer Game Freak doesn’t appear poised to address the difficulty complaints – but groups of more productive fans have been adding their own rules to their Pokemon playthroughs for years to make things more exciting, more refreshing, and more difficult. Here are some of our favourites, starting with the humble Nuzlocke:

This challenge originated as an expletive-filled webcomic called Pokémon Ruby: Hard Mode, authored by someone named only “Nuzlocke”. Their name was based on the first wild catch in the playthrough, Nuzleaf, and Lost character John Locke, but the comic’s popularity came from the Hard Mode rules, which millions of fans implement in their games to this very day.

Most of our difficulty-enhancing rulesets use these rules as a starting point, before twisting the details or adding further rules, so if the term is new to you, read these directions very carefully:

Your job is simple: keep your team alive, and don’t white out by losing all six Pokemon in your party. There are also a couple of extra rules that fans have widely accepted in addition to the two core rules:

A Nuzlocke basically adds a self-imposed perma-death mechanic to your playthrough. Sword and Shield bring Dynamax and Gigantamax Pokemon to the battlefield, which can easily knock out one of your Pokemon in a single hit, making a Nuzlocker’s life even more difficult than in previous generations.

Losing fainted Pokemon permanently adds instant difficulty to any playthrough, but if that isn’t exciting enough to you, why not try fishing for a real surprise encounter?

Fancy yourself as a bit of a gambler? Stick an acca on the Uruguayan second division every weekend or spend most of your work hours sat on the loo playing PokerStars and pretending to have the shits? A SurpriseLocke follows the standard Nuzlocke rules, but adds a gambling element where you trade your first encounter on each route for a random Pokemon using the Surprise Trade feature (hence, you know, “surprise”).

In return, you could receive any Pokemon in the game. Anything. Chances are, you’ll receive a lot of weak Caterpies and Skwovets, which will make battling considerably more difficult, but you could find yourself with something much more powerful.

A SurpriseLocke is more risky than any other playthrough, but if you’re willing to roll the dice, then it could also be the most rewarding. Every trade could result in anything from a Charizard to a Cherrim, and if you’re willing to take that risk, you’re in for a lot of fun – just remember to avoid letting your Pokemon faint, or you’ll be releasing them quicker than you can say Gigantamax.

EggLocke: Do you trust your friends?

Many OG Pokemon fans are getting to the stage in life where all anyone talks about is babies. Friends, parents, partners, every conversation is sprog crazy. While it’s not as aggressively infant-heavy as Death Stranding or Yoshi’s Island, it does involve a lot of breeding.
So, if the thought of baby talk seeping from the real world into your video games doesn’t send a shiver down your spine, then an EggLocke might be for you. Similar to the SurpriseLocke, an EggLocke is a standard Nuzlocke with some wacky encounter rules.

Grab some of your friends to send you around 35 random eggs before you begin, and then hatch one in lieu of every new encounter. The difficulty here depends on your friends’ kindness, and what Pokemon lie waiting to be hatched. All it needs is a Pokemon voiced by Norman Reedus and you’ve basically got the newest entry to the Strand genre.

Soul Link: ‘Til death do us part

For never was a story of more woeful than this of Skwovet and her Keldeo… The Soul Link is a two-player spin on the Nuzlocke rules that adds love and heartbreak to your playthrough. In addition to the “Big 4” rules, you and your friend’s Pokemon are “soul linked” forever. This adds quite a few more rules to the game, but it’s worth it if you’re dead set on making Pokemon harder.

A Soul Link makes the assumption that Pokemon can fall in love (and only in hetersexual relationships) and that they would die for each other. This also makes it one of the most difficult modes of Pokemon around. It’s like the big fight at the end of every episode of Love Island when all the couples pair up and those that are KOed have to leave the villa forever. I’ve never seen Love Island.

In a Soul Link, your Pokemon are the aspiring Instagram celebs and the Galar region is their Spanish villa, making the gym leaders the general public trying to vote your Pokemon out and Hop that lad from school trying to get an Insta following based entirely on the fact he has abs. However, instead of lounging about and finding the hottest lover, your Pokemon have to fight for their lives and succumb to death’s heartbroken embrace if their soulmate faints. It’s pretty brutal tbh.

To paraphrase Dua Lipa, “one type is all it takes, to complete the game.” And she’s right. If you want to make gyms even more difficult, try picking one type to work with for the entire game. Normal Nuzlocke rules apply of course, but additionally you can only attempt to catch the first Pokemon *of your selected type* on each route. No Pokemon of that type in this area – no encounter.

How you pick your type is up to you. If, like me, you’re sad enough to have a favourite Pokemon type (electric – thanks for asking), pick that, otherwise pick out of a hat, use your zodiac sign, or throw a dart at a special dartboard with all the types on. Now, unless you picked Fire, Water, or Grass, you’ll need to abandon your starter Pokemon early on. Trade with a friend or via the Surprise Trade feature to until you receive a monster of your favourite type, and then the real challenge begins.

Whichever type you pick, there will be gyms, rivals, or areas that you are ill-equipped to deal with, and ordinary battles can turn into game-ending scenarios with one troublesome opponent. Mono-Dragon users, for instance, will have to be wary of Opal and Melony, the Fairy-type and Ice-type gym leaders who will both deal super-effective damage to your whole team. Mono-Steel type users should breeze through those battles, but could be undone by Kabu’s Fire-type gym. You wanted hard mode? You got hard mode.

You know what’s the easiest part about Pokemon games? The nationalised healthcare system. Yes, I’m talking about Nurse Joy and her incredible Pokemon Centres offering free healthcare to all Pokemon at the drop of a hat.
A potion-only playthrough sees you play as if you’re living in Britain five years in the future, where the NHS has been privatised and Pokemon Centres are no longer free at the point of use. This run has one simple rule in addition to those of a regular Nuzlocke: you can’t use Pokemon Centres.

You’ll have to rely on potions and paralyze heals to restore your Pokemon’s health, while also managing your funds to have enough pokeballs to capture new team members. This might be the easiest way to make your journey in the Galar region more “taking the ring to Mordor” than “taking your nan to the shops”.

As you’ll have noticed if you checked out any of the videos linked in this article, many people go one step further, and randomise their games. If you’re in the dubious market of hacking your Switch, downloading (illegal) third-party software allows you to randomise your game making subsequent playthroughs entirely different. Alternatively, you can play a ROM hack, but where’s the fun in that?

Randomisers increase the difficulty by swapping out every Pokemon you would usually face with a random replacement. Encounters, trainers, gym leaders, the lot. Even with the loss of infamous Nuzlocke-ending move Dragon Rage in Sword and Shield, you still won’t want to face a level 10 Tyranitar early on. Imagine there was a glitch in Dark Souls and the first boss you faced was the Lord of Cinder.

There’s nothing stopping you facing legendaries multiple times, or finding gym leaders Dynamaxing much more powerful Pokemon than they usually would. What’s more, you won’t strut into a gym knowing how to do super-effective damage on every foe, you’ll give the leaders the respect they demand and deserve.

Combining this with Nuzlocke rules will give you a real challenge, but one that comes with the cost of modifying your Nintendo Switch. Whether that’s a price worth paying is your decision.

If you’ve got to this point and you’re still finding things easy, then you can always combine some of the rulesets to make things even more complicated. How about a potion-only mono-Electric type Nuzlocke? Or a randomised Soul Link SurpriseLocke? The options are plentiful, and it’s clear that Sword and Shield have a lot more life in them yet, however difficult.