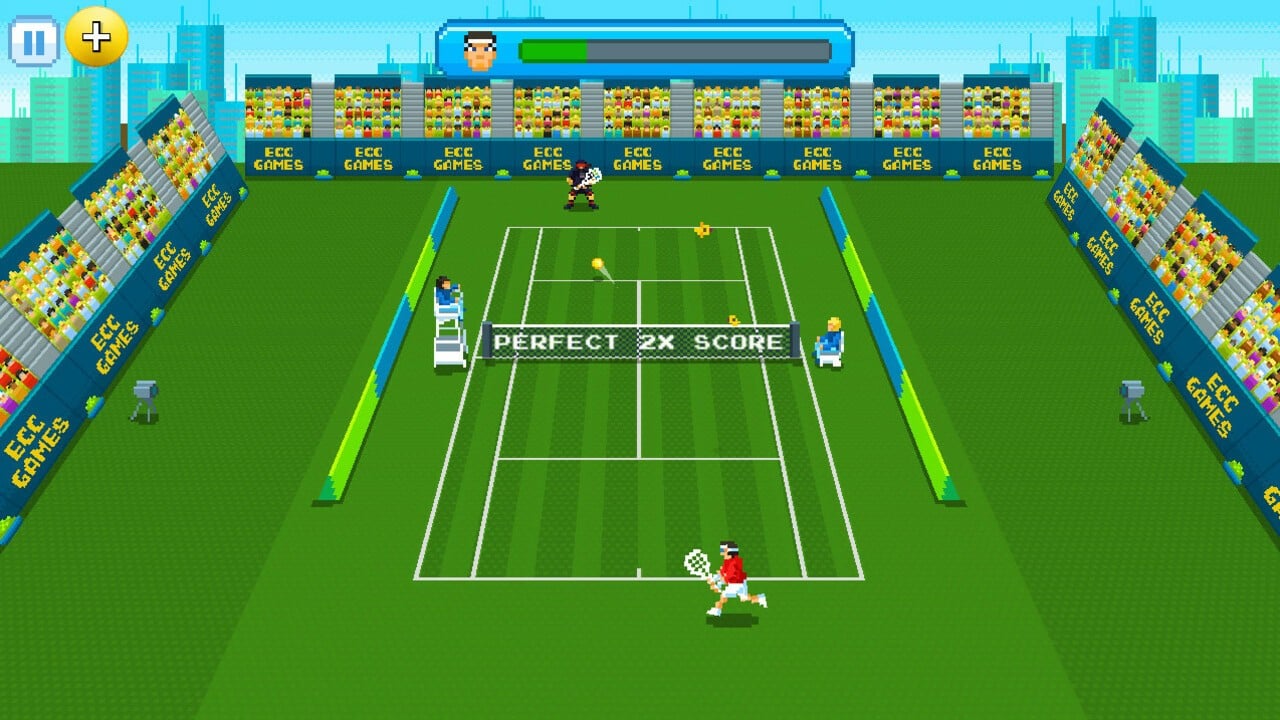 Super Tennis is unquestionably one of the best simulations of the sport ever created, and, despite the passage of time, it still manages to trump most other tennis games released since.

While its crude 2D visuals and Mode 7 effects might look primitive today, it’s still a fantastically playable game – which is why we were so happy that it was included in the Nintendo Switch Online subscription.

You can, therefore, imagine how interested we were to see the name ‘Super Tennis’ appear on the Switch eShop. However, this isn’t Tonkin House’s SNES classic, but a new and unrelated game created by indie studio Ultimate Games. It’s also not the first game to share the name – there was a Super Tennis on the Sega Master System long before the SNES iteration appeared.

Do you enjoy fast-paced action and sportsmanship? Pick up Super Tennis to take part in exciting matches! Really easy, fast and entertaining game for everyone.

Simply tap in the right time to launch ball across the court! Fun quick matches awaits you in cities like Tokyo, Berlin, New York City and London. Unlock new characters to play and take part in various game modes.

Strangely, the eShop page lists Super Tennis as single player, which we assume is a mistake – we’ll reach out to the developer and confirm this. A single-player tennis game doesn’t sound like much fun to us.

Super Tennis (not that one) launches on January 27th and will cost you $5.99.