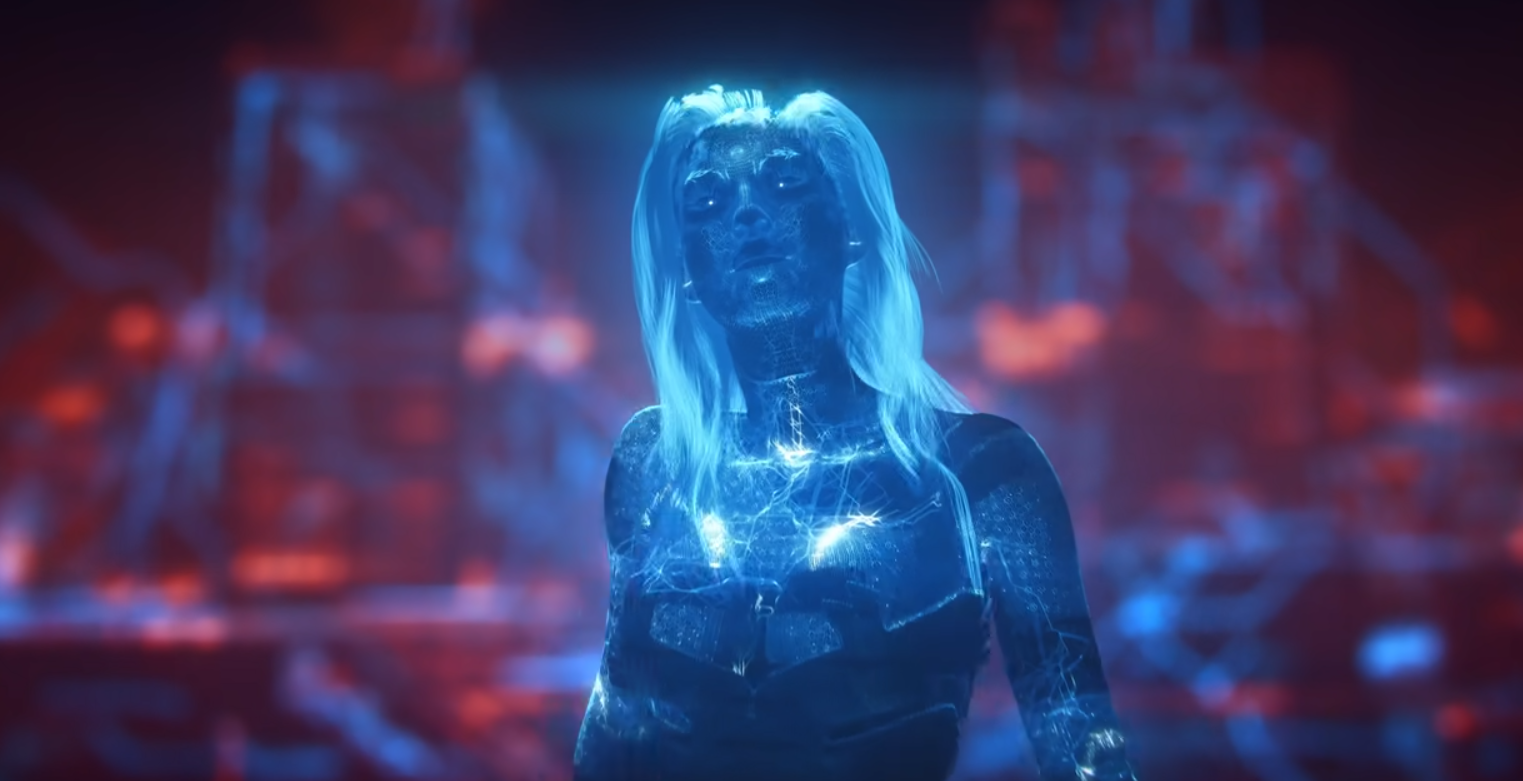 Pop star Grimes has opened up about her role in the upcoming Cyberpunk 2077, in which she plays Lizzy Wizzy, a singer with a dark backstory. Spoilers follow.

Grimes did a livestream over the weekend and answered a bunch of fan questions. One of these questions was about Cyberpunk 2077 and her involvement with the game. While answering, she spilled the beans on her character. All of the beans.

“I did my voice acting for Lizzy Wizzy, that game is going to be fucking good,” the singer explained, via Reddit. “I mean I haven’t played it, but I saw someone play an hour of the game. I play a pop star who committed suicide on stage, and they had to quickly come and perform emergency surgery and replace her whole body with cybernetics while she was dead for an hour. Then she finished the show as a cyborg. One of the greatest pieces of performance art ever made.”

The video has since been taken down and the comments removed, but there’s a mirror of it below:

If you want to hear some music Grimes recorded for the game, here’s 4ÆM which made its debut at the Game Awards last year.

For more details on the Cyberpunk 2077 soundtrack, check out that link.

There will be around 75 side quests in Cyberpunk 2077, each of them fully crafted, rather than being the filler you see in a lot of large RPGs.

MLB The Show 20 Review – Sacrifice Fly (PS4)
Video: Check Out The Crazy Shenanigans Of Helheim Hassle With This New Dev Commentary
Hardware Review: PC Engine Mini – Still An Acquired Taste, Even After 30 Years
Final Fantasy 7 Remake has an entirely new, mysterious floor in the Shinra Building
The best Minecraft seeds for 1.15 and 1.14