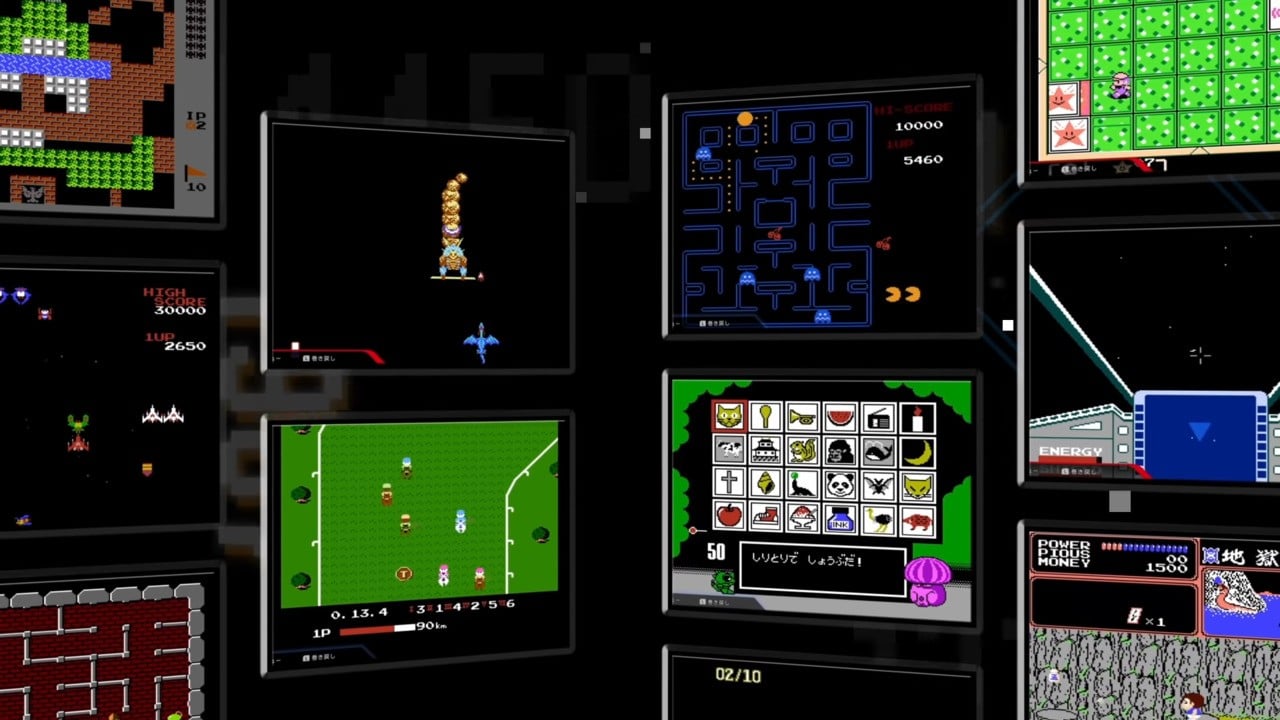 During the Japanese Nintendo Direct Mini, Bandai Namco revealed it would be releasing the Namcot Collection for Switch on 18th June 2020. No, it’s not a typo, ‘Namcot’ was the brand name Namco used for its publishing business between 1984-1985.

This upcoming collection for Switch will be available as a physical release and as a free download from the eShop. The hard copy will include every title in the “first round” of releases, and a secret bonus title, which is purchasable for 2,400 yen.

The digital release will allow players to select and buy individual games from the eShop, and they can then display them on their virtual shelf however they like. Below are the titles that will be included in the first round (thanks, Gematsu):

Each title will come with modern features such as the ability to stop and start the game and save progress whenever you like. Similar to other collections, you’ll also be able to rewind if you make a mistake. Screen settings and customisation options are available as well.

At the moment, there’s been no mention of a western release. If we hear anything, we’ll be sure to let you know. In related news, Mr. Driller will finally be making his debut on the Switch.

6 of the easiest achievements from the Xbox One games released in March 2020
Wot I Think: In Other Waters
VGC rumour: Mario Galaxy + Sunshine + 64 will be one pack while Mario 3D World will be a separate game
Animal Crossing: New Horizons version 1.1.2 update fixes a few issues
Europe: Spring Nintendo eShop sale begins on Thursday