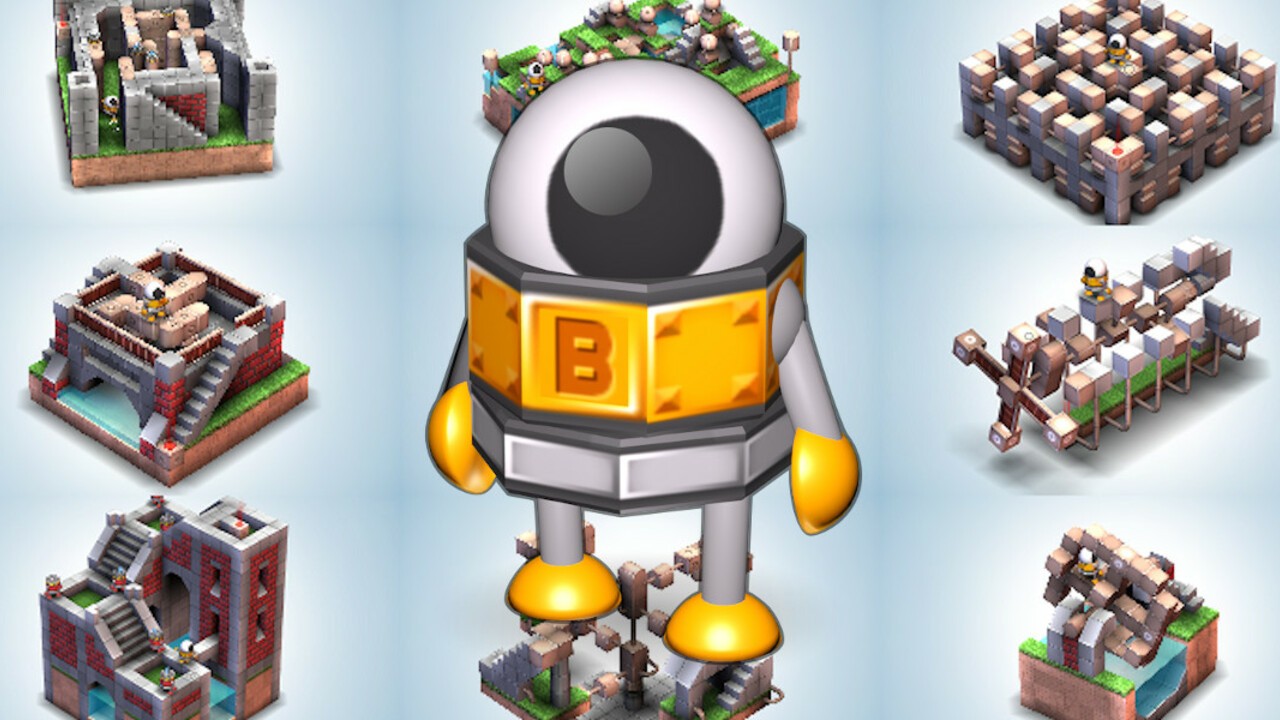 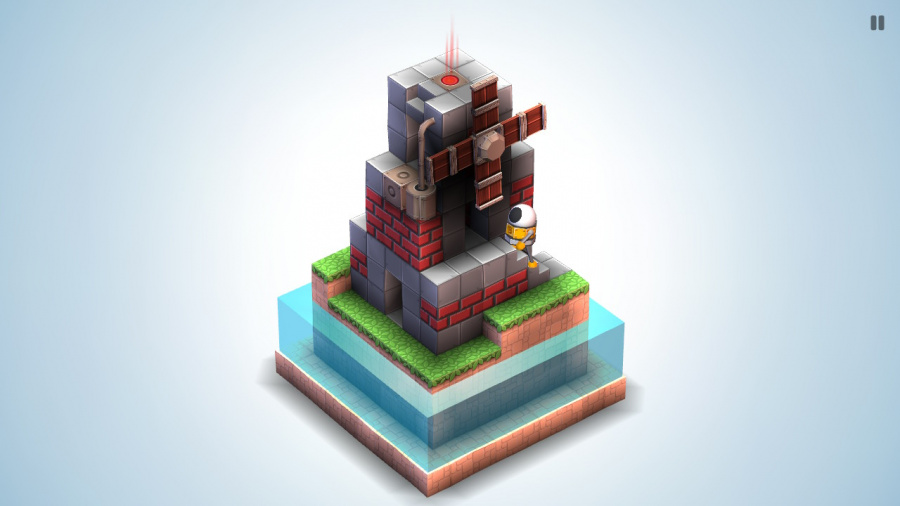 Mekorama looks a lot like Captain Toad: Treasure Tracker. There’s no getting around this, but in the same way that Metroid Prime looks a lot like other FPS titles, it doesn’t quite play the same. In fact, Mekorama is played entirely on the Switch’s touch screen (or with an on-screen cursor, if you wish), and feels completely different to Nintendo’s own puzzler. Initially available on mobile devices, it triumphantly makes the jump over to Switch with little to no fuss, and even packs in plenty of extra levels in the process. It’s remarkably clever and charming, even if it does contain a few quirks that may frustrate some players.

Mekorama stars an adorable robot named ‘B’ (he rather looks like a bee, but also shares a striking resemblance to BB-8), and it’s your job to guide it from A to B in a series of levels presented as dioramas. These are split into Easy, Medium, Tricky, and Hard categories. You’ll need to make good use of the game’s camera in order to inspect the stages from every possible angle, as most, if not all, contain obstacles, secret passageways, and moving objects that will only be visible from certain points of view.

Using the touch screen, you can tap anywhere on the level and B will move to that location, provided of course there are no obstacles blocking its path. The levels get incredibly complex as you progress, so you’ll need to manipulate them in different ways in order to allow B to proceed to the end. Scattered throughout the levels are movable blocks denoted by a circle symbol; you can drag these up, down or side to side, and act as platforms or makeshift elevators depending on their position within the environment.

The controls work very well for the most part, mainly thanks to their simplicity. You simply tap and drag with your finger, so it’s incredibly easy to pick up. There are occasions where you’ll be furiously spinning the camera around to try and find the solution to the level and accidentally manipulate part of the environment itself in the process. This is frustrating at times and can potentially set you back quite a bit, but we’re honestly nitpicking here.

Aside from actually playing the levels, you can also create your very own. This sadly isn’t the most intuitive of creation tools, but it does the job. Most of the levels’ assets are split into cubic blocks, so you can gradually build up your level by tapping where you want the blocks to go. Think of a pocket-sized Minecraft (and yes, we already know that exists, thank you) and you’re pretty much on the right track. With a bit of time and patience, you could create some levels that no doubt rival the ones already available, but if this isn’t something you’re interested in, there’s plenty to be getting on with regardless.