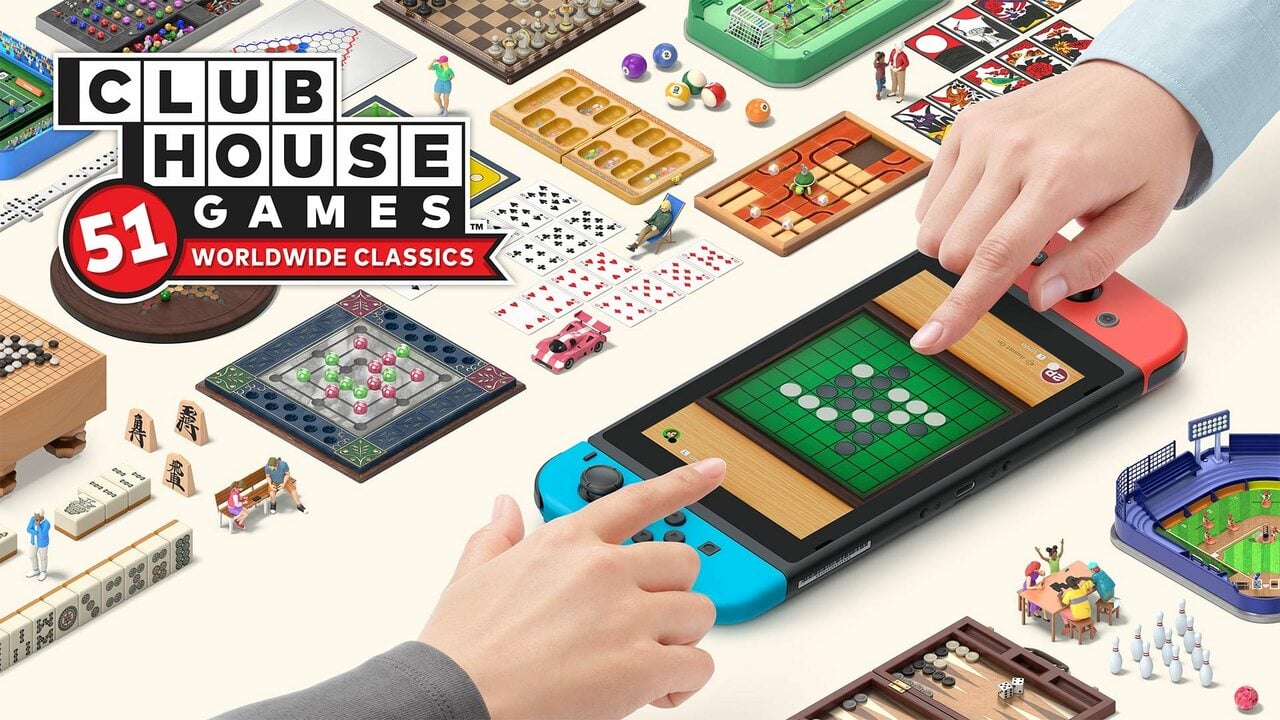 The latest Nintendo Download update for North America has arrived, and it’s bringing new games galore to the eShop in your region. As always, be sure to drop a vote in our poll and comment down below with your potential picks for the week. Enjoy!

The Outer Worlds (Private Division, Fri 5th June, $59.99) Lost in transit while on a colonist ship bound for the furthest edge of the galaxy, you awake decades later than you expected only to find yourself in the midst of a deep conspiracy threatening to destroy the Halcyon colony. As you explore the furthest reaches of space and encounter a host of factions all vying for power, who you decide to become will determine the fate of everyone in Halcyon. In the corporate equation for the colony, you are the unplanned variable. Read our The Outer Worlds review.

1971 Project Helios (RECOTECHNOLOGY, Tue 9th June, $39.99) 1971 Project Helios is a turn-based strategy game which combines modern warfare military tactics and close combat. Firearms and vehicles are scarce, conflicts and hostilities have no end, and the terrible freezing cold annihilates friends and foes in its path. The campaign sets in a frozen world, in which eight people – each one with its own problems and interests – join in a sort of temporary alliance, to find one particular person: Dr Margaret Blythe.

Ant-Gravity: Tiny’s Adventure (QUByte Interactive, Thu 28th May, $0.99) Ant-gravity is a 2D Platform game with puzzle elements in which you control Tiny, an ant with the power to control gravity. Use your powers to explore the ever-changing levels, avoid threats, overcome obstacles and find secrets in this classic 2D game.

Aqua Lungers (WarpedCore Studio, Thu 21st May, $14.99) Race your way through challenging stages while contending with deadly creatures and dastardly opponents to collect the most treasure. While everyone’s goal is the same, each player is afforded several options to get an edge over their competitors. Players can use their speed and agility to outpace and evade their opponents, while others might use devastating attacks to slow them down and steal their hard-earned goods.

Arcade Archives CRAZY CLIMBER2 (HAMSTER, Thu 28th May, $7.99) “CRAZY CLIMBER2” is an action game released by Nichibutsu in 1988. It was a well-received sequel to the popular first instalment in the CRAZY CLIMBER franchise. This time the game takes place in America, with even better traps and troublemakers standing in your way as you climb up the building.

Bridge Strike (Drageus Games, Fri 5th June, $6.99) Sometimes, you have to fight for peace. These green valleys, safe for many years, are now threatened. Answer this threat by force: stay undetected and strike hard! The gameplay, chiptune soundtrack and pixel-art graphics were polished with care and a nostalgic love for the classic arcade games. But the action isn’t like your typical SHMUP mayhem. In Bridge Strike, you need to think while you fly.

Demon’s Tier+ (Tue 9th June, $9.99) Enter the dungeons of King Thosgar and destroy his demonic minions! Combining the best elements from Xenon Valkyrie+ and Riddled Corpses EX, this is the latest game in the Diabolical Mind trilogy!

Depth of Extinction (HOF Studios, Today, $14.99) In a flooded future world, killer machines are plotting mankind’s demise. As the sole defender of humanity’s last government, only you can create the ultimate squad and save humanity in this turn-based, tactical RPG with roguelike elements.

Food Truck Tycoon – Asian Cuisine (Baltoro Games, Fri 29th May, $4.99) Time to explore Asian Food and become the best gourmet cooking master at your brand new food truck! Take orders, make delicious dishes and be fast to serve the hordes of hungry customers who will line up in front of your counter! Be careful not to burn the food! Fulfil your dream of becoming the best food truck tycoon in the city!

Jump King (UKIYO Publishing, Tue 9th June, $12.99) Tactical Leaping Adventure – Jump King: There is a Smoking Hot Babe at the Top! is a platforming challenge about struggling upwards in search of the legendary Smoking Hot Babe! This lonely adventure to reach The Top will demand your full mastery of the technique of jumping.

Knight Squad (Chainsawesome, Fri 5th June, $14.99) Knight Squad is an insane 1-to-8 player chaotic arena friendship destroyer. Take on current friends and future frenemies in any of the incredibly fun game modes, ranging from Last Man Standing to Medieval soccer. All of that using only weapons from the middle age… and laser guns… and miniguns.

Match (Sabec, Today, $9.99) Match is now available on Nintendo Switch. Simply clear all fruits of the same colour and try to cause a chain reaction for that mind-blowing victory. Match is jam-packed with 30 levels to complete and many power-ups for that unlimited gameplay experience. Every level in Match has a different goal that must be completed within a fixed number of moves and with so many different fruit blocks to be discovered you will have a fun and exciting experience playing Match.

Potata: Fairy Flower (OverGamez, Sat 6th June, $12.00) Potata is a puzzle-platformer adventure story about a little girl’s magical journey through a world filled with good and evil. Play as the oddly-named Potata, a novice witch who is still getting a handle on her powers. Help Potata save her village from stinky spores, evil mushrooms, spiders, and other dark forest spirits. The game world is inhabited by fantastic creatures, each with their own personality and story.

Skelattack (Konami, Tue 2nd June, $19.99) Play Skelattack and save the Underworld in this fun and unique action platformer! Being dead is not so bad when you have the Underworld to live in. A magical and expansive world inhabited by quirky, charming and sometimes deadly inhabitants of the afterlife, the Underworld also includes Aftervale. Aftervale is a happy hub where the dead come to spend eternity and come to terms with their time alive through a Remembrance.

Snakes & Ladders (Fri 29th May, $9.99) Snakes & Ladders is a worldwide classic fun and easy to play board game for family and friends of all ages. The rules of the game are simple, navigate one’s game piece from the start square 1 to the finish square 100 by rolling the dice turn by turn.

Strawberry Vinegar (Ratalaika Games, Fri 5th June, $9.99) Sakuraba Rie, aged nine, is a cynical and grumpy girl who cares little for her fellow classmates and does not have a single friend. That is until a self-proclaimed demon from the deepest, darkest pits of Hell suddenly appears in Rie’s kitchen and steals a tray of cookies. What will happen between these two young girls? Will friendship blossom between them, or perhaps something more?

Super Holobunnies: Pause Café (Nkidu, Sat 6th June, $4.99) The Holobunnies (a group of hologram bunnies) pass the time on their sweet little home planet by battling each other to see who’s the strongest in Brawler mode. They challenge themselves in boss battle simulations to hone their fighting skills in Boss Rush mode.

Taxi Sim 2020 (SC Ovilex Soft, Wed 3rd June, $14.99) Experience the life of a taxi driver in our latest taxi simulator game. Complete different types of driving missions as a taxi or private taxi driver and pick your favorite car from a selection of over 30 amazing vehicles, with more new cars being added weekly.

The TakeOver (Antonios Pelekanos, Today, $19.99) The TakeOver is a side-scrolling beat’em up inspired by the genre-defining classic games of the ’90s. Battle solo or alongside a friend in local co-op while listening to awesome tunes from Little V Mills, Richie Branson, James Ronald and industry legend Yuzo Koshiro! Read our The TakeOver review.

They Came From the Sky (Nestor Yavorskyy, Fri 5th June, $2.99) They Came From the Sky is tiny, retro-styled, highly-addictive and fast-paced arcade game wherein you take the role of one of the Flying Saucers in the 1950s with one and only one Mission: Make a delicious juicy “Human Smoothie”! Your mission is to “rescue” all humans from earth. Some humans will try to take your ship down, so be careful!

So that’s your lot for this week’s North American Nintendo Download. Go on, be a sport and drop a vote in the poll above, and comment below with your hot picks!