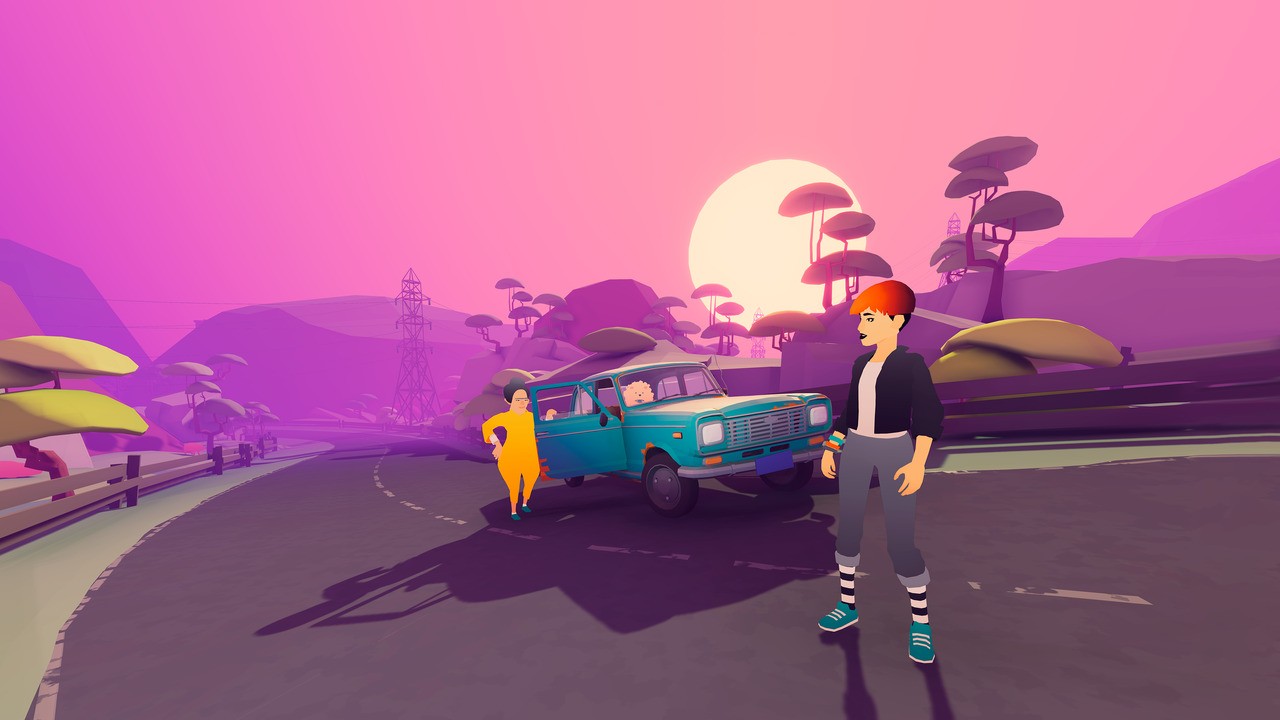 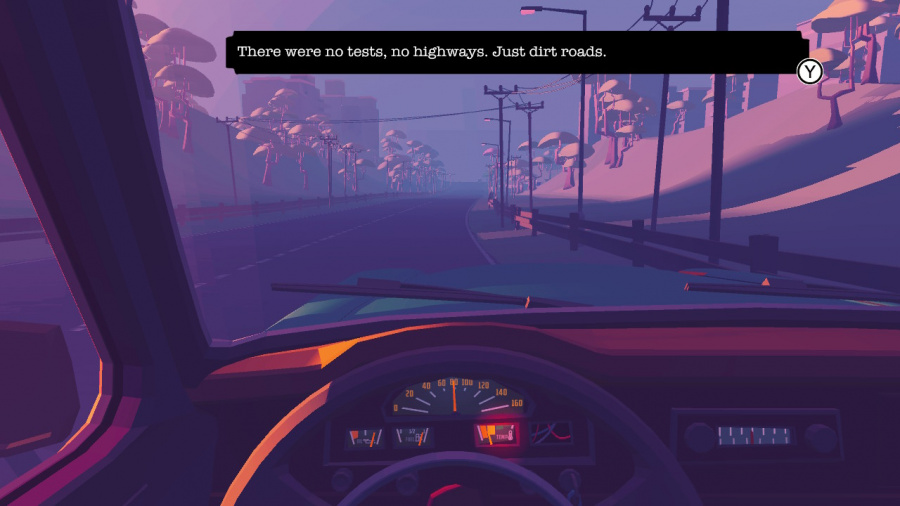 The capacity for indie games to present new experiences never ceases to surprise us. The parameters by which a game can be considered a game are now so broad and eclectic that the hobby is in the enviable position of having at least one thing almost anyone can enjoy. Strangely enough, this has also given rise to a somewhat tribal sense of division in certain corners of the community, decrying the death of “core” games despite more of them existing than ever.

While it’s true that the respective audiences lead to a cross-pollination of mismatched elements in the more mainstream gaming space, it’s nice that things like Road to Guangdong can still come along and offer something completely out of step with any conflicting trends.

A mediation on the importance of family in Chinese culture, Road to Guangdong is a lackadaisical road trip, placing you in the shoes of Sunny, a recently-bereaved young woman who is left in charge of her family’s restaurant upon her parents’ untimely passing. 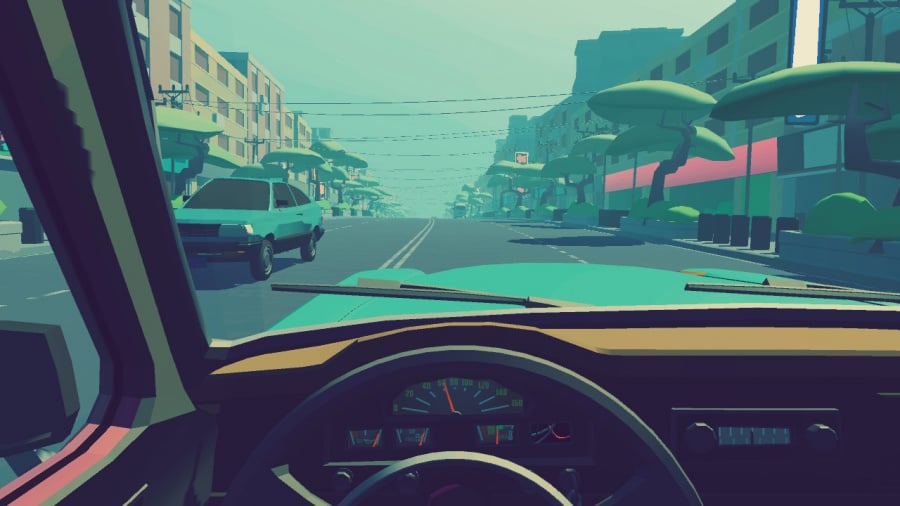 Accompanied by Guu Ma (her eldest aunt), Sunny must travel across the titular province of Guangdong, encountering more of her family members and helping them out with their own problems to be rewarded with longstanding family recipes to boost her restaurant. It’s a compelling and warm premise.

That’s not to say that it’s a particularly good game to play, moment-to-moment. Road to Guangdong is laced with problems, not least its performance. To be frank, it’s all over the place; the narrative segments of the game play out fine, but as soon as you get behind the wheel of your car the framerate takes a nosedive.

Now, this writer has never been a big “framerate guy”, but the Switch is noticeably and egregiously struggling during these sections even in docked mode. It strikes us as a little strange, because the landscapes that you pass are extremely linear and lacking in much detail; the routes are long, but we would have thought that the Switch could run a game like this much better. 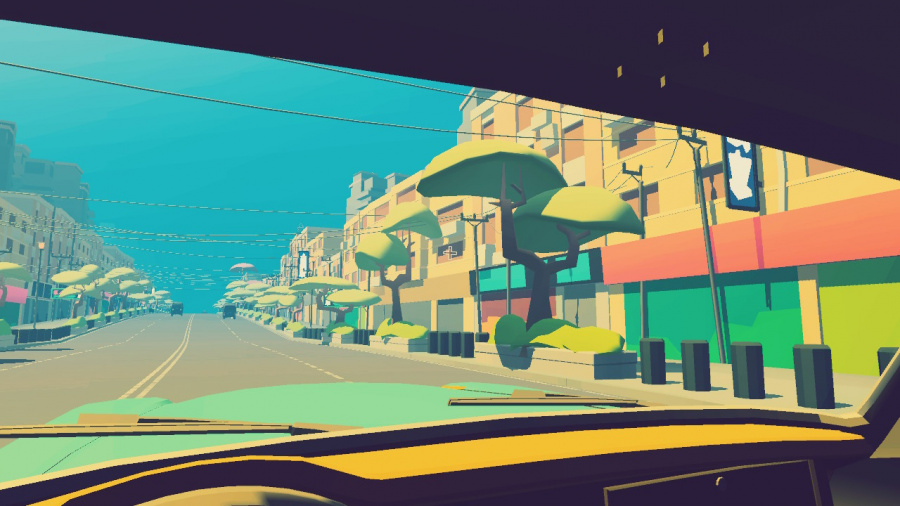 Linearity is actually a major issue with the driving sections; they encompass the bulk of Road to Guangdong, and they never threaten to become interesting. The vibe is occasionally in step with the generally laid-back ambience of the game, but the constant requirement to stop and refuel or fix up your vehicle at garages detracts from any zen experience you may feel.

It’s also lacking in strategy – for one thing, the routes are presented as straight lines with extremely underpopulated roads. After picking your destination you set out and will come across the aforementioned garages and scrapyards from which car parts can be salvaged, but besides these occasional distractions and the odd remark from Guu Ma, the driving is completely uneventful.

It would have added to the road trip sensibility if there were a map to follow – if Sunny had it laid out on her lap, for example, and the player had to glance down to read it in real-time, it would add a frisson of immersion to the drives. As it is, not only do you not have to plan a route, you barely even have to steer. When stationary, other cars will simply pass through you like ghosts. It feels very formless; like something they patch out during “early access”, but it’s presented here as a finished, complete product. 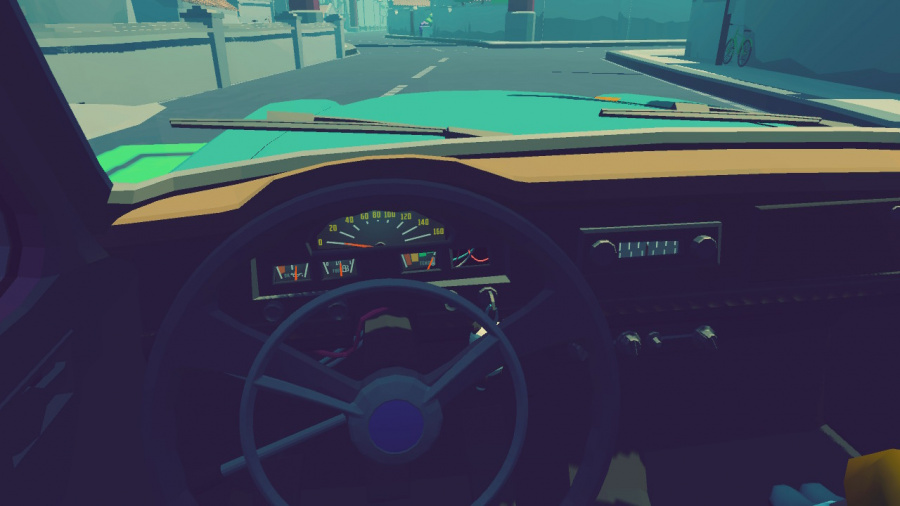 Thankfully, it’s much more interesting outside of the car; the short narratives between Sunny, Guu Ma and her other family members are well-written, pleasant and interesting. There’s not a lot to do during them besides pick from multiple-choice dialogue trees, but only the correct responses will end the interaction with the recipe that you’re seeking. You really needn’t worry about missing anything, though; we had to actively try to fail in order to do so. We didn’t even think it was possible at first.

Road to Guangdong, though, isn’t really about challenge; it’s more the encroaching feeling of togetherness, of warming to these people to whom you’re inexorably connected. It’s an expression of a culture and serenity that we found easy to like despite its limitations and technical flaws.

There’s a distinct lack of game, here, but not enough to declare the game a “walking simulator”. In some ways, it might have been better if it were closer to a strict storytelling experience – whenever the driving sections threaten to be charming (Guu Ma switching the radio back when you change it to western music is very funny) there’s some nasty reminder of the poor performance or structure that immediately distracts you from whatever it was that you were digging.

Road to Guangdong is a tough one to score, because what it does right – the character interaction and small-scale personal dramas – are engaging enough to be worth praise. It’s just that the mechanical glue holding it all together is close to disastrous at times. As a result, we can’t give it a recommendation without enough caveats to make it sound like a warning. You might like Road to Guangdong, but even if you do, you’ll like it despite it doing its level best to push you away.