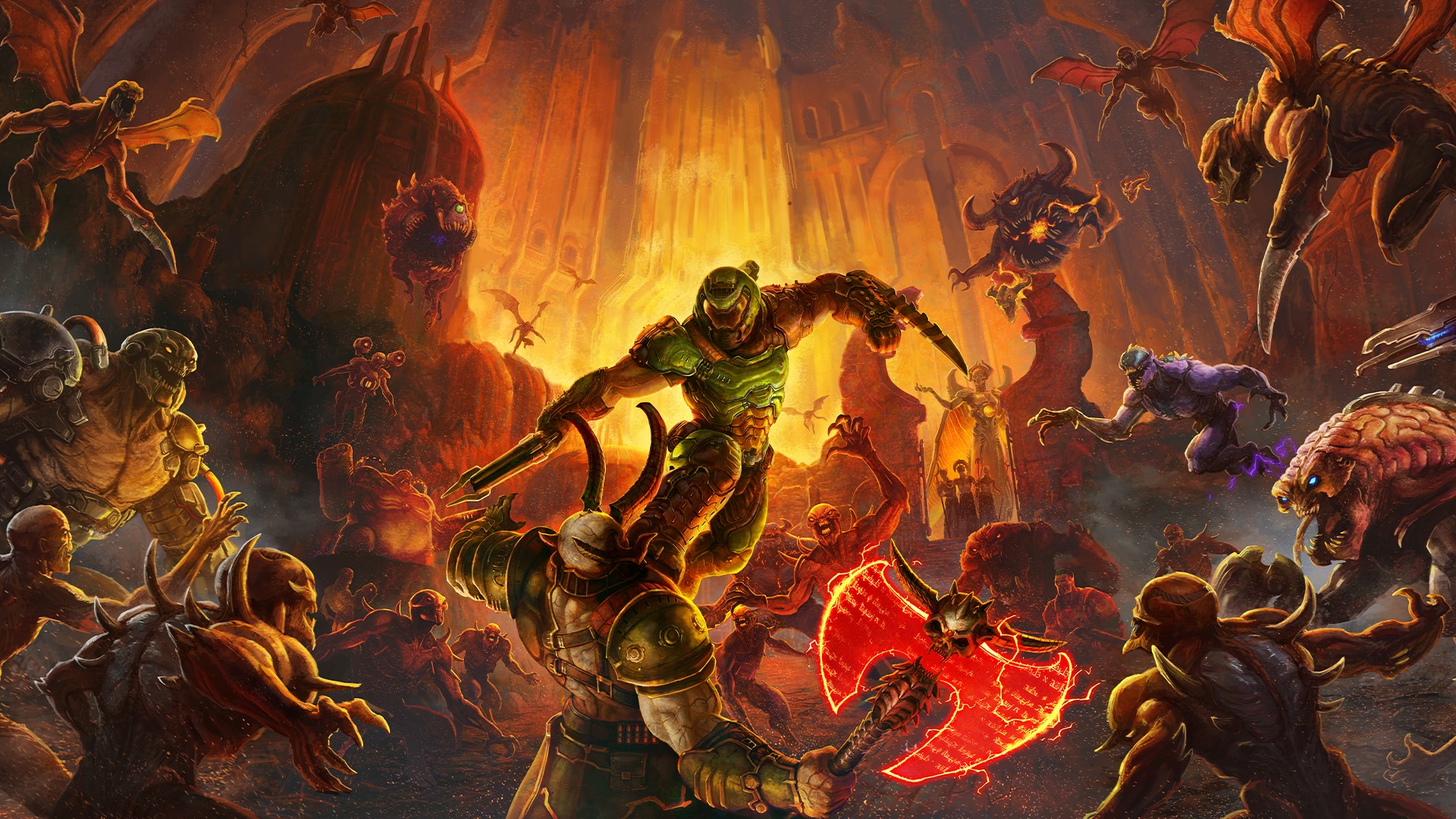 Doom Eternal’s release on Switch is getting close, but id Software still isn’t sure of a release date.

Speaking during PAX Online x EGX Digital, Doom Eternal executive producer Marty Stratton stated the Switch version of the game is “very close,” and the team at id Software plans on discussing it “in the not too distant future.”

“I wish I could give you specifics,” said Stratton (via Nintendo Everything). “I read all the comments, and when we say anything about Doom Eternal, there’s always the one out of every five comments is, ‘Yeah, how about you tell us about the Switch?’ I know people are anxious.”

Stratton goes on to say the teams at id and Panic Button are trying to “make it the best version of the game it possibly can be,”  and it’s taking a bit longer as everyone is working from home.

“It’s taken a little bit longer to get there, but we want it to be everything it possibly can be,” he said. “It’s very close, and we’re trying to be very uncompromising with what it needs to be because there’s a high demand for it. We will be talking about it again in the not too distant future. It is close, but I can’t say exactly how close.”

Released in March of this year,  the Switch version will run at 30fps, and there still isn’t a release window.

Coming in October is The Ancient Gods, Part One which is the first major story expansion. It will be made available as a standalone download.

It is included in the Doom Eternal Year One Pass which comes with access to both DLCs and will run you £25/€30/$30. The Ancient Gods, Part One can be purchased by itself for £15.99 or regional equivalent.