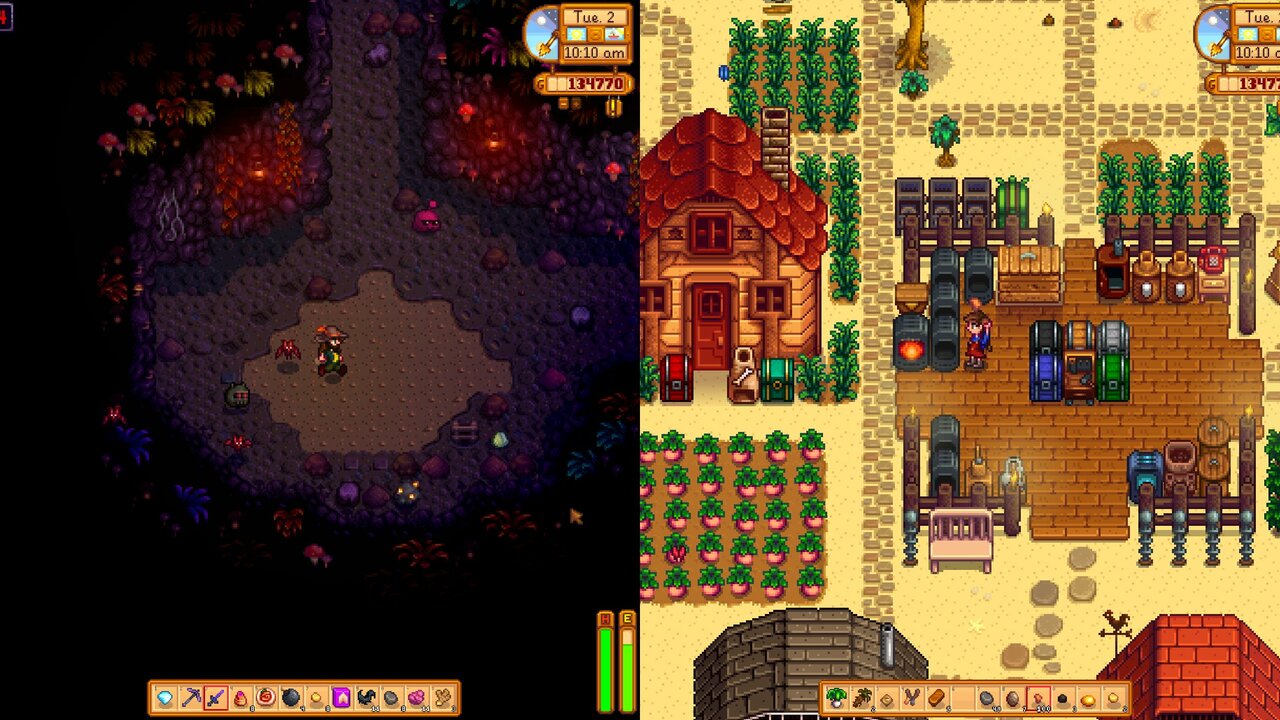 Eric “ConcernedApe” Barone has announced the long-requested split-screen co-op feature is finally being added to Stardew Valley. This includes the Switch version of the game and will of course be part of the 1.5 update.

According to Barone, the number of simultaneous players may vary. In other words, some platforms will support up to 4 players, while others might be limited to just two.

Yup! splitscreen will be coming to console and PC, though the number of simultaneous players might vary (on PC, you will be able to have up to 4, but on some platforms it might be limited to 2)

In Stardew Valley 1.5, there will be splitscreen co-op! pic.twitter.com/n7XhPWSuSi— ConcernedApe (@ConcernedApe) October 16, 2020

According to Stardew fans, the new co-op screenshots feature many new things – including new what appear to be new monsters, dungeons designs, and even what seems to be a slime wearing sunglasses.

Are you excited to hear split-screen co-op is finally coming to Stardew Valley? Tell us down below.

No, PlayStation Didn’t Just Update Its Terms of Service in Hong Kong in Response to New Laws
Extreme Meatpunks Forever season two kicks off with a quest to steal the sun
Cutesy Halloween adventure Costume Quest 2 is free on Epic
Review: Supraland – A Playful Platformer With Squandered Potential
Ubisoft embraces a cross-platform progression future with Assassin’s Creed Valhalla and more