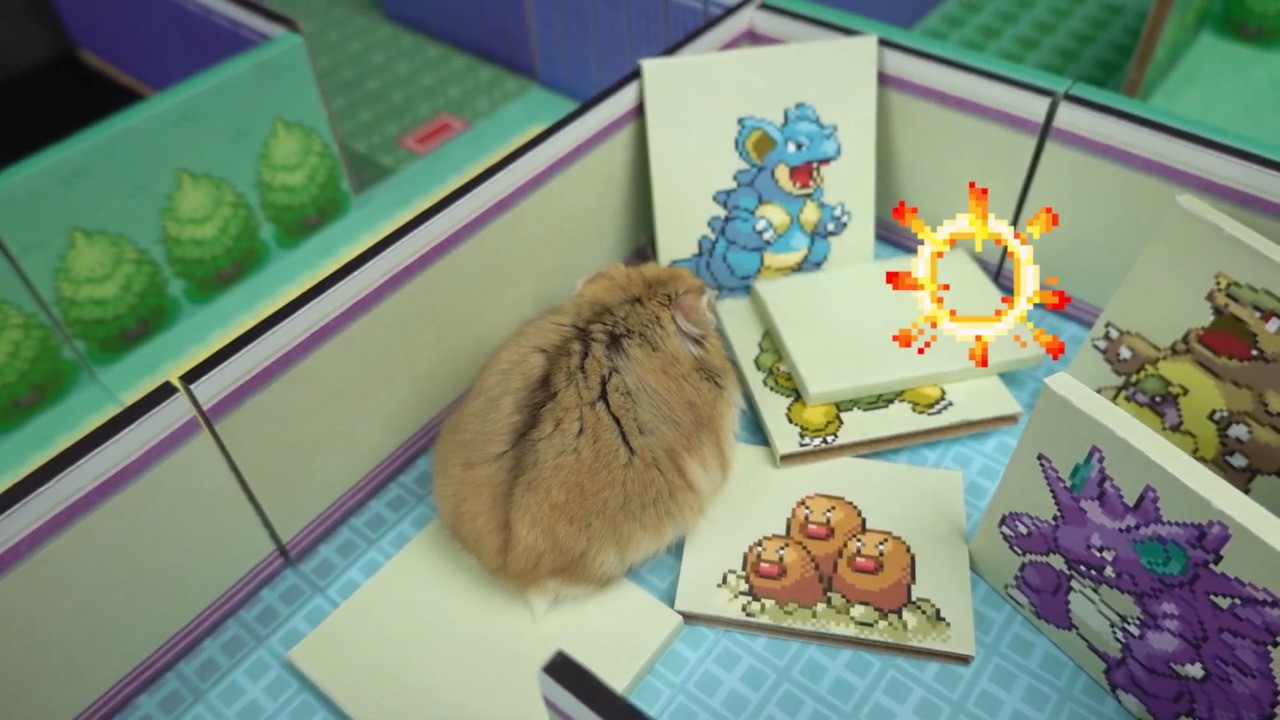 Step aside, Twitch Plays Pokémon – there’s a new sheriff in town, and it is a hamster. Who needs a party of six Pokémon when you can defeat Team Rocket just by forcefully walking into them?

YouTube channel “The Hamster Maze Adventure” is, as its name implies, all about challenging the fluffy rodent to complete themed mazes. So far, the mazes have included a PlayStation 5-themed one, which is full of cyberpunk touches, neon lights, and glow-in-the-dark symbols, and a Fall Guys maze, which has a ball pit, moving blocks,, and colours to match the vibrant party game.

The newest maze is based on the Pokémon games, and it took a month to build. Not only does the hamster have to make its way from the starting town, through caves and long grass, to the final fight with Team Rocket’s Giovanni, but it also has to fight Pokémon along the way. Some of those Pokémon are just standing around, waiting to be knocked over, but others – presumably controlled by the hamster’s owner – are more forceful, nudging the little guy towards the next area.

The hamster does try to escape a lot, since hamsters probably don’t understand linearity, but eventually it reaches the end and knocks over half of Giovanni’s team, plus Giovanni himself, then leaves. We never considered that you could just kill Giovanni, but that does seem like the best way to defeat Team Rocket for good.

The attention to detail on the map is extremely impressive, with textures from the original game, as well as appropriate sound effects for entering buildings and attacking. There’s even a little error noise every time the hamster tries to climb the wall instead of advancing! Stupid hamster.