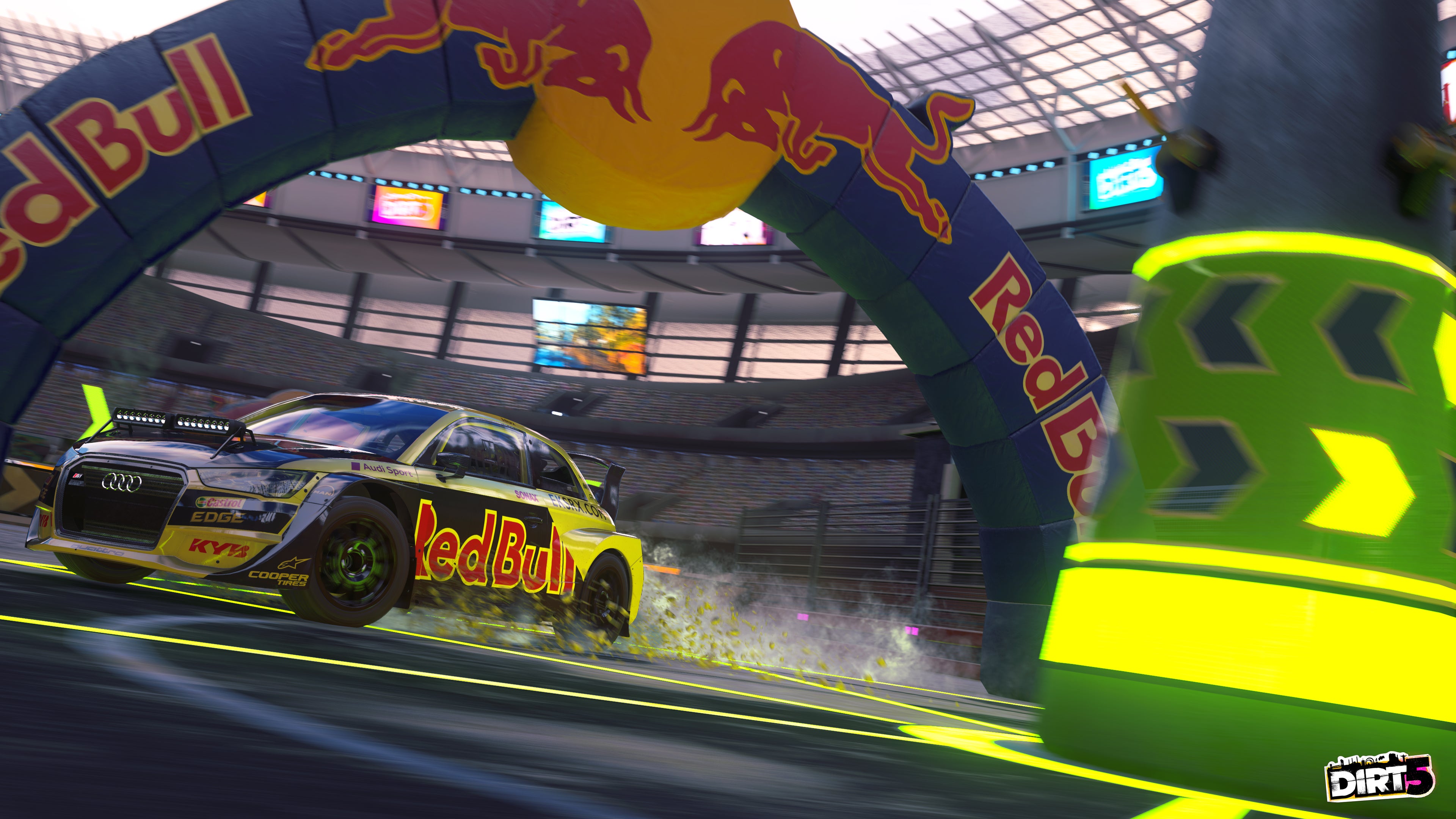 Codemasters has announced that Dirt 5 will be getting a big new update this week that’ll add cross-platform matchmaking and Red Bull-themed content to the game.

Fresh content and new features are added for everyone for free in the latest update to the racing title, headlined by the introduction of cross-platform matchmaking for Xbox, PlayStation, and PC players (with Google Stadia being folded into the matchmaking pool ‘later this year’).

Cross-platform matchmaking represents another ‘key community request’ added to the game, as per the developer, and allows all public lobbies to connect players on different platforms together, further boosting online activity whenever you jump in. Simply put; you probably won’t struggle to find a race once the patch goes live.

“If you’re matchmaking with a party of players, all party members must have cross-platform matchmaking enabled to ensure they can match with racers on other platforms,” the studio clarifies.

Elsewhere in the game, Codies has added in a suite of Red Bull content – hence the update’s Red Bull Revolution title.

Eight liveries have been added featuring the energy drink brand’s iconic color and symbol. You can find one each for the Audi S1 EKS RX quattro, the MINI John Cooper Work Buggy by X-raid, the Peugeot 3008 DKR Maxi, the Volkswagen Race Touareg 3, the Porsche 911 RGT, whilst the Peugeot 208 WRX gets three – including designs driven by both Timmy and Kevin Hansen in the FIA World Rallycross Championship.

Playgrounds is also getting a fairly beefy update in Dirt 5, with the Red Bull arch added as an item you can fit into your courses, and the option to make the Arizona, South Africa, and Italy locations wet and stormy via enhanced weather options.

Ghost Lap times will also arrive in this new update.

Dirt 5 is available now on PS4, PS5, Xbox One, Xbox Series S, Xbox Series X, Stadia, and PC. It is also available to download via Xbox Game Pass. You can check out our Dirt 5 review at the link.

Shredders is a multiplayer, open-world snowboarding game inspired by Amped
Advance Wars 1+2: Re-Boot Camp will have online support, including a “Versus Mode”
The best Warzone shotguns for power, speed, and mobility
The 10 best MMOs and MMORPGs to play in 2021
Ratchet & Clank: Rift Apart Update Disables Automatic 120 Hz Display in Performance Modes