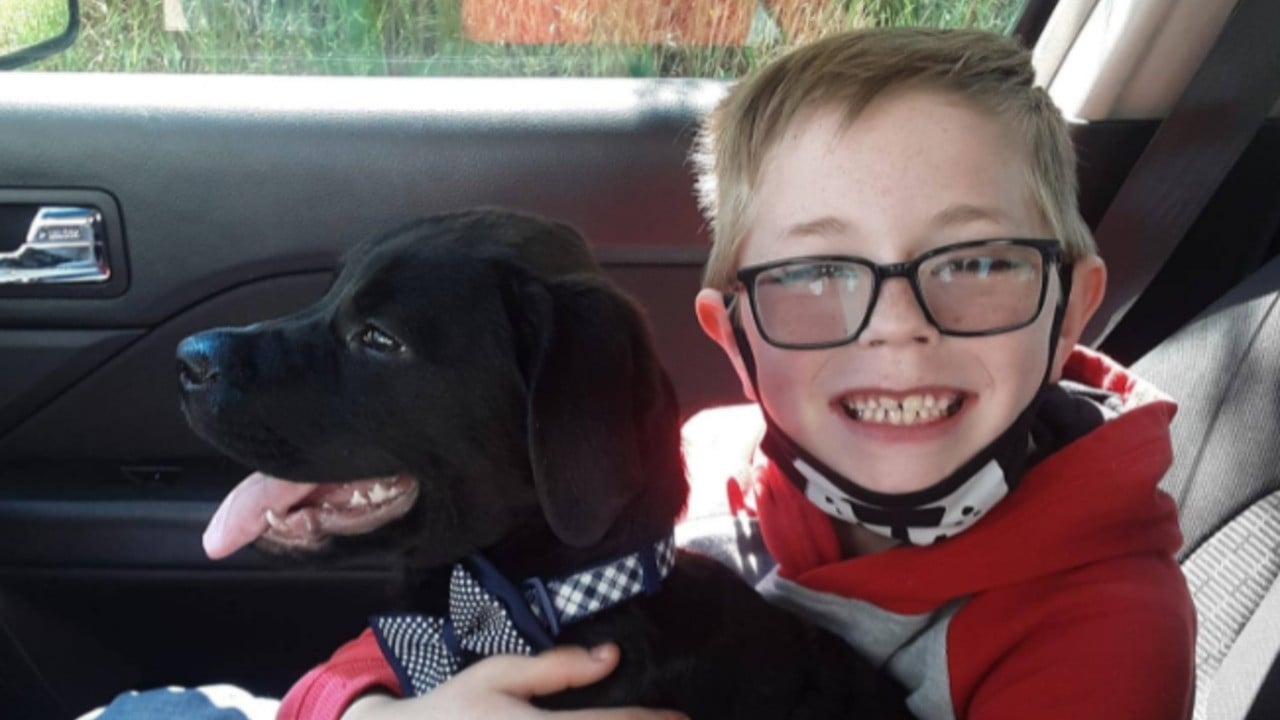 An eight-year-old named Bryson Kliemann from Virginia, USA was worried about his dog. The puppy, Bruce, was lethargic and acting differently — not like a puppy at all. After taking the poor pup to the vet, he was diagnosed with parvo, a contagious virus mainly seen in canines. Parvo is extremely dangerous, and can lead to death, especially in younger dogs, so when the treatment costs came to $700, the family despaired.

“It made me kind of sad, because usually my brother and sister play together and I don’t have anybody to play with,” said Bryson to a local news station, Local12. “I usually play with Bruce.”

Bryson took matters into his own hands, and made a roadside stall with a sign that read, “4 SALE Pokemon”. As a massive fan of the series, Bryson owned a lot of Pokémon cards, and considering that there’s currently a huge boom in prices, it wasn’t a bad idea to try to sell them off to raise money.

But when Bryson’s mother, Kimberly Woodruff, saw a photo of her son’s attempt to help with the vet costs, she set up a GoFundMe called “Just a boy trying to save his dog” to raise the money without Bryson having to lose his precious collection. The initial goal was $800, but people were inspired by the story, and over 150 donors managed to raise $5,420. Woodruff says that the extra money will go towards medical expenses for other sick dogs in the area.

Not only did Bryson not have to sell his Pokémon cards, but he also received a bonus gift — The Pokémon Company heard about the story, and sent him a package containing rare Pokémon cards. But the biggest bonus of all is that Bruce was treated and sent back to his family, and he’s now recovering.

“I’m happy he’s home, and I’m proud of myself,” said Bryson to one of his local news stations, KTIV.