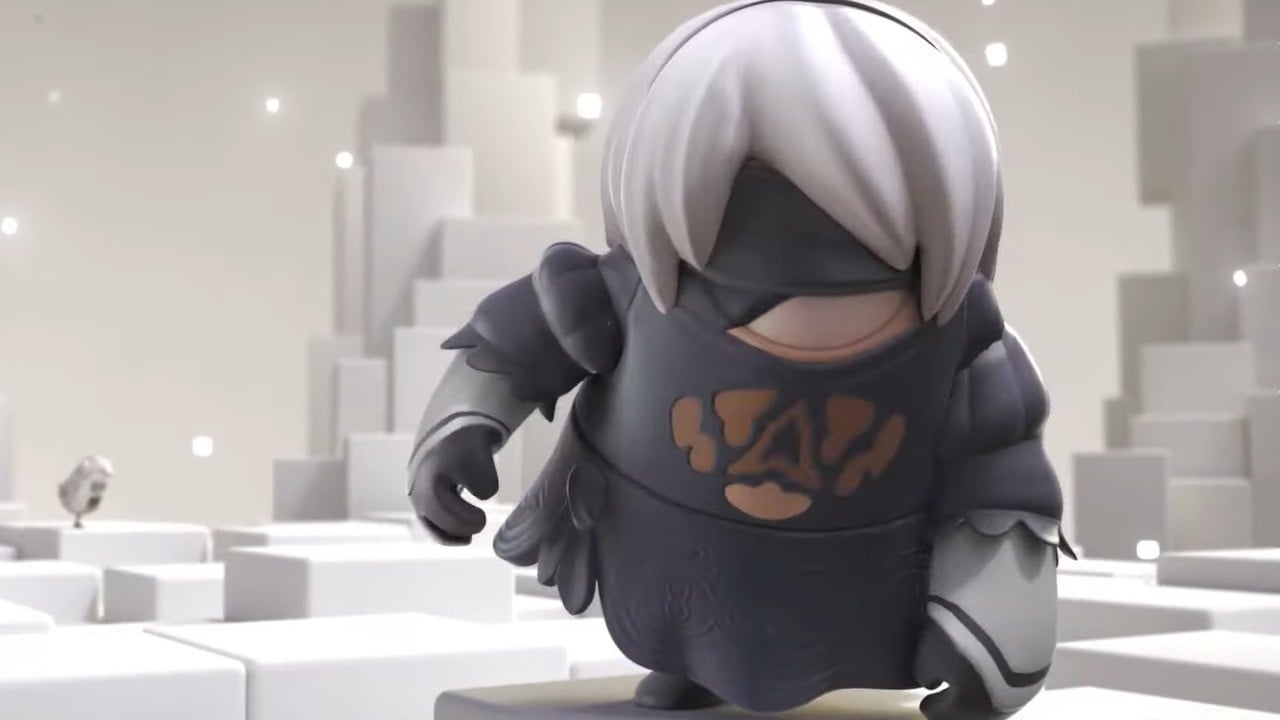 If you’ve been crying out for NieR: Automata to come to the Switch or the YoRHa combat android 2B to come to Super Smash Bros. Ultimate, we’ve got the next best thing. Mediatonic has announced it’s bringing 2B to its party battle royale game Fall Guys: Ultimate Knockout.

Last month, the game was actually delayed for the Switch to give the developer more time to add more features like cross-play. The aim is still to have the game out on this platform as soon as possible.

As for the chances of a NieR Switch release, there’s been some evidence of the game coming to Nintendo’s hybrid system in the past. In May, a datamine might have even hinted at possible plans.

2B will arrive in Fall Guys next week on 18th June, and follows on from the addition of the Bomberman outfit earlier this month. Would you be interested in a 2B Fall Guys costume? Looking forward to Fall Guys on Switch? Tell us down below.