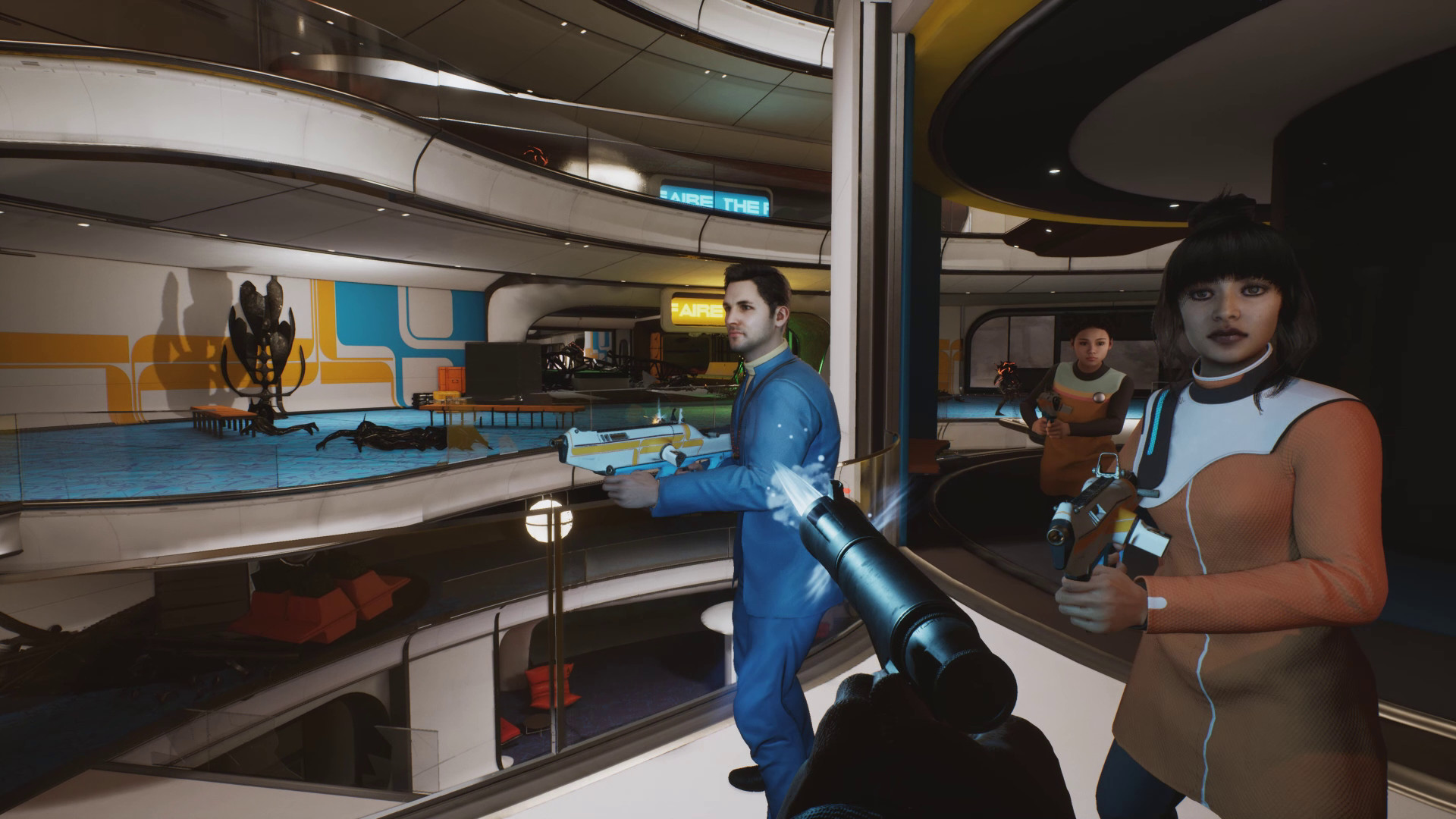 The Anacrusis is the new game Chet Faliszek has been working on for the past few years.

Stray Bombay is, of course, the studio established by Valve veteran writer Chet Faliszek, and Riot Games designer Kimberly Voll in 2019. Faliszek was one of Valve’s most recognisable faces, having contributed to many of the studio’s classic games.

The Anacrusis is four-player co-op FPS, coming to PC this fall, that stars four unlikely heroes forced to battle for survival against an alien invasion. The story is set decades into the future, in a world where corporations have taken humanity to the edges of the galaxy.

Though this synopsis may sound grim, the trailer gives off a more light-hearted vibe. Much like Left 4 Dead and other co-op shooters, there’s an AI Driver that controls enemy spawns, combat flow, and even dictates weapon and gadget spawn. Speaking of which, The Anacrusis has a host of fantastical weapons and few evolution of modern-day archetypes.

Speaking to Ars Technica, Faliszek explained that the game players will have access to at launch won’t be the full package. It won’t be Early Access, either, more of a polished piece of content, which he likens to episodic games.

The good news is that Stray Bombay is embracing mods, and The Anacrusis will actually launch with a few of them, made by the community.

You can learn more and wishlist the game on Steam.