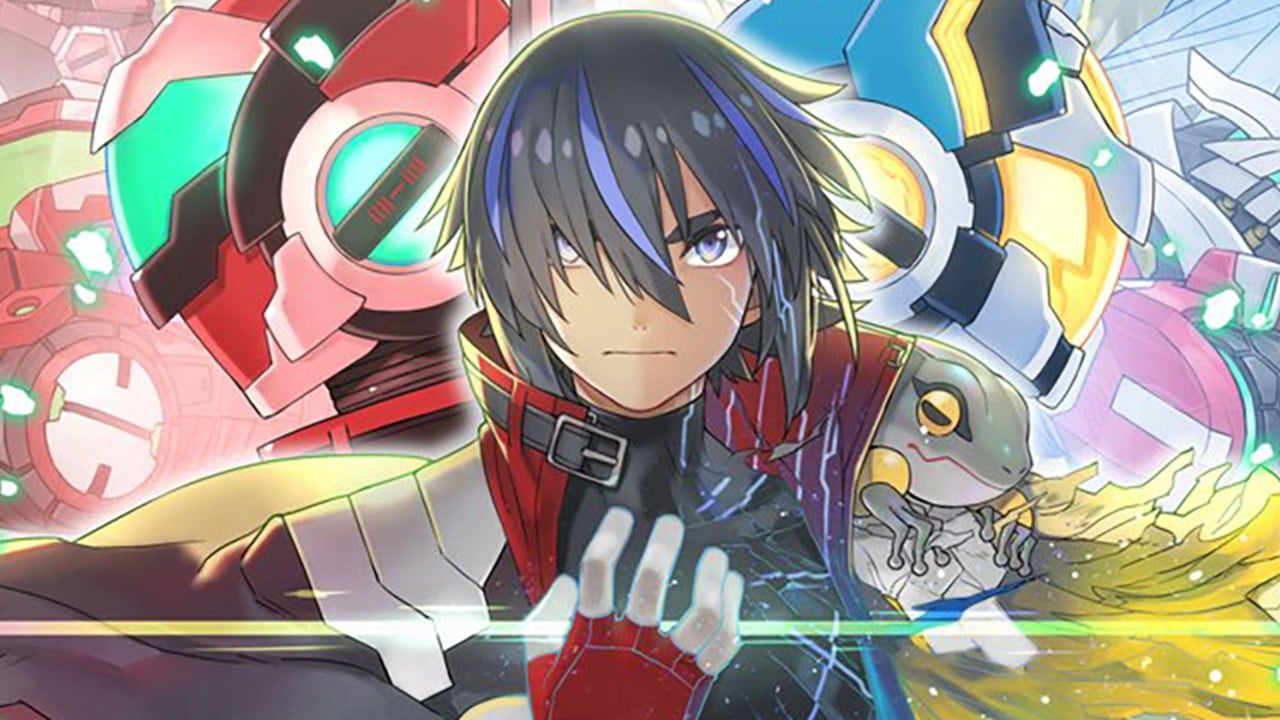 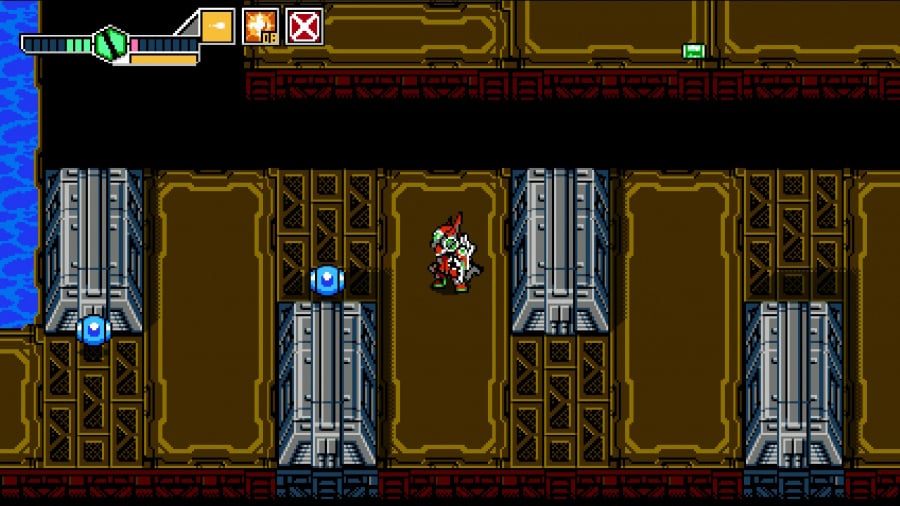 Few could’ve guessed that a Blaster Master reimagining would’ve been one of the standout releases of the Switch launch window line-up, yet Blaster Master Zero proved to be a potently enjoyable take on the retro classic. Then, a couple of years later, Inti Creates opted to follow it up with an all-new sequel that built upon the ideas that were explored in the first entry. All good things must come to an end, however, as the team has now put out a final entry to close out the trilogy with a bang. Luckily for us, Blaster Master Zero 3 showcases the developers’ absolute mastery of old-school platforming design; this is one that you definitely won’t want to miss.

The story of Blaster Master Zero 3 hits the ground running, picking up shortly after the end of its predecessor. There are tough circumstances for our protagonists, and the world is seemingly falling apart at the seams as cracks are beginning to form in the fabric of reality, granting passageway into the dangerous mutant dimension. Of course, it doesn’t take long for Jason to find his way into the driver’s seat of the G-SOPHIA SV tank, which he intends to use to get to the bottom of the interdimensional chaos. 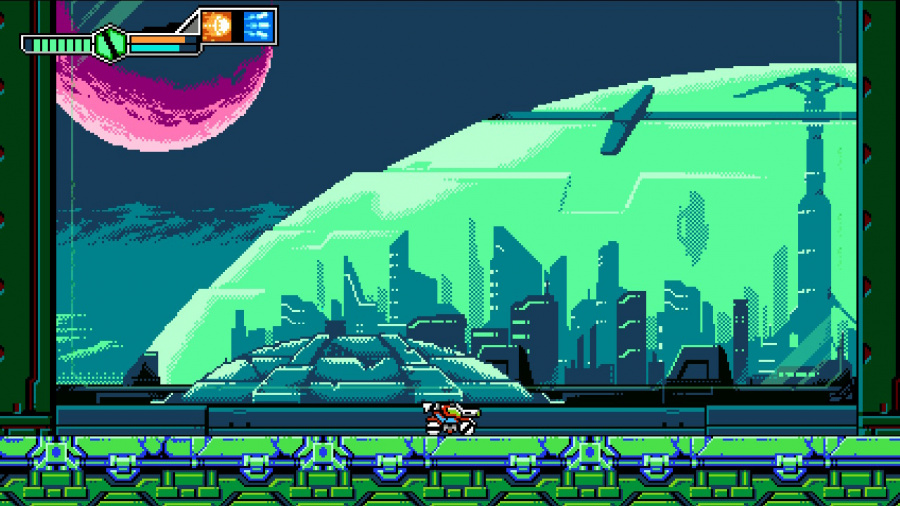 Though the narrative may be a little campy in some places, it’s rather notable how Blaster Master Zero 3 endeavors to tell a relatively ambitious tale throughout its rather short run. Character development is kept to an absolute minimum, but there’s a remarkably broad cast on offer here to instil the world with a grounded feeling that you don’t often find in a retro platformer. That being said, this is still a gameplay first experience, so don’t worry too much about being buried in cutscenes and text boxes. The extra lore and diverse cast simply acts as a nice way to wrap levels and set pieces together, you’re given compelling reasons to keep pushing forward on your adventure.

Gameplay is about as polished as it’s ever been, and Jason and SOPHIA have more tools at their disposal than ever before. Of course, you start out the adventure having conveniently lost everything from the last game, but it doesn’t take long for you to start accruing an arsenal of new upgrades and cool weaponry. The world is still laid out in a semi-linear fashion like the previous entries, though the Metroidvania design does feel ever so slightly dialed back this time around. The structure is still there, of course, but it feels like you’re corralled down a predetermined path a little more often than in the previous two games.

This isn’t a bad thing, however, as the pacing consequently feels thrilling and there are still plenty of secrets and optional objectives to pursue along the way. It feels like you can hardly go five minutes without stumbling across yet another optional dungeon, and the rewards that they have to offer are almost always worth it. Aside from the expected upgrades to health and ammo capacity, there are quite a few alternative weapons and moves that make later combat sections that much easier. And boy, will you need some sections to be made easier, as Inti Creates really doesn’t pull its punches with some boss encounters and level designs. Blaster Master Zero 3 never feels unfair, but it certainly isn’t afraid to put up a fight where it needs to. 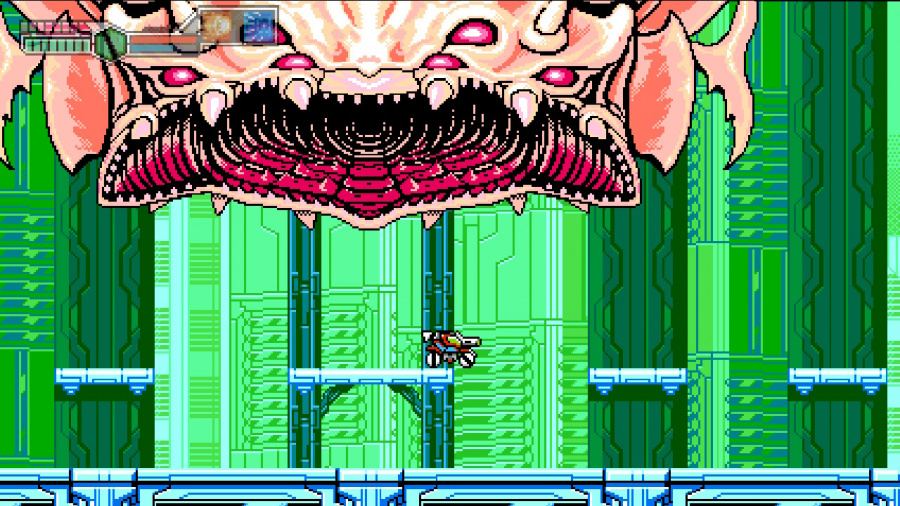 Whether you’re in the tank or on foot, the looming threat of the mutant dimension remains central to the gameplay and introduces a fun ‘dark world’ mechanic a la A Link to the Past. Colorful portals to the next dimension appear at various sections in levels or dungeons, and puzzles often are built around you jumping in and out of these passageways to figure out a way forward. Sometimes dungeons offer up the portals as an option, too, effectively giving you two different versions of the same dungeon layout. If you keep dying on a tough enemy encounter in one world, you can try the other world’s version instead and see if that works out better.

Although there aren’t many surprising new ideas introduced with this dark world mechanic, it nonetheless allows for some impressively satisfying and complex level designs. The occasional slight differences between the two variants of a level add that much more space for you to explore and poke around, while the difference in enemy variety ensures that both worlds feel distinct from each other. An argument could be made that levels are a little bit more padded with the addition of the extra square footage, but we’d argue that the dimension hopping mechanic overall proves itself to be a positive addition to the base Blaster Master gameplay.

We feel extra emphasis must also be placed on the general tightening up of the gameplay, both in and out of the tank. For example, Jason now has a small jetpack that can slow down his falls when he’s platforming out of the tank, and this little addition helps to alleviate the issue where he felt just a bit too squishy when stepping off ledges. For SOPHIA, the addition of a separate SP gauge for the main gun (and its subsequent upgrades) helps to make your peashooter feel useful all the way through the adventure, as you’re no longer incentivized to rely heavily on sub-weapons once you start acquiring them. It’s little changes and tweaks like these that make the overall experience more satisfying moment to moment, and they show that Inti Creates has been paying attention to feedback from its previous work. 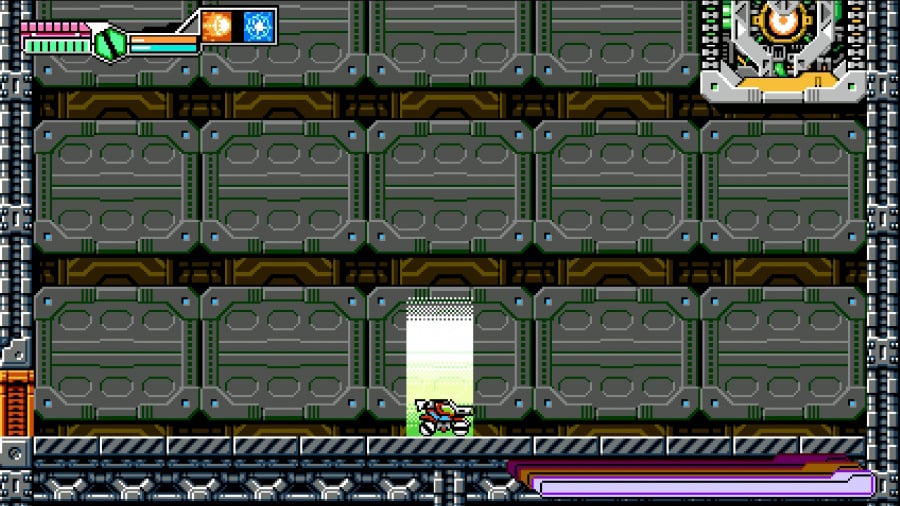 On the other hand, one could say that Blaster Master Zero 3 is beginning to show the cracks of the underlying gameplay structure. Make no mistake, this is still a top-tier retro platformer that trumps most other similar offerings on the eShop, but there’s a lingering sense that Inti Creates has taken the core concept as far as it reasonably can with this outing. The gameplay is as good as it’s ever been—better, actually—but the similarities with previous outings sometimes make this entry feel more like a juiced up DLC than a proper sequel. It’s fitting that this is the ‘ending’ chapter to the ongoing saga, then, as an additional entry would need to introduce some more radical gameplay innovations to retain the same level of quality.

As for presentation, there isn’t a whole lot here to wow you, but it all falls neatly in line with the chosen aesthetic. The pixel art and animation is exactly what you’d expect out of a modernized take on an 8-bit platformer, with the main liberties being taken with the numerous and impressively detailed boss designs. At no point does the art feel haphazard or poorly drawn, although there are some moments where the overall aesthetic feels a bit played out. Really, how many times must we fight a giant enemy crab before it becomes overdone? Luckily, the liberal usage of colors and a catchy soundtrack mix together well enough that you can’t help but appreciate the effort put in.

As the conclusion to the modern take on the Blaster Master saga, Blaster Master Zero 3 hits all the notes it needs to deliver a high octane and satisfying retro platforming experience. The dark world mechanic adds a nice extra layer to the overall design, while the familiar aspects of gameplay are as polished as they’ve ever been. Inti Creates certainly could’ve stopped with the original Blaster Master Zero and that would’ve been enough, but what it’s delivered here with its third take on the franchise is nothing short of excellent. Whenever you next get a chance, be sure to add this one to your library, although we’d say so with the caveat that you should first play the preceding two entries. Really, these games are just that good.