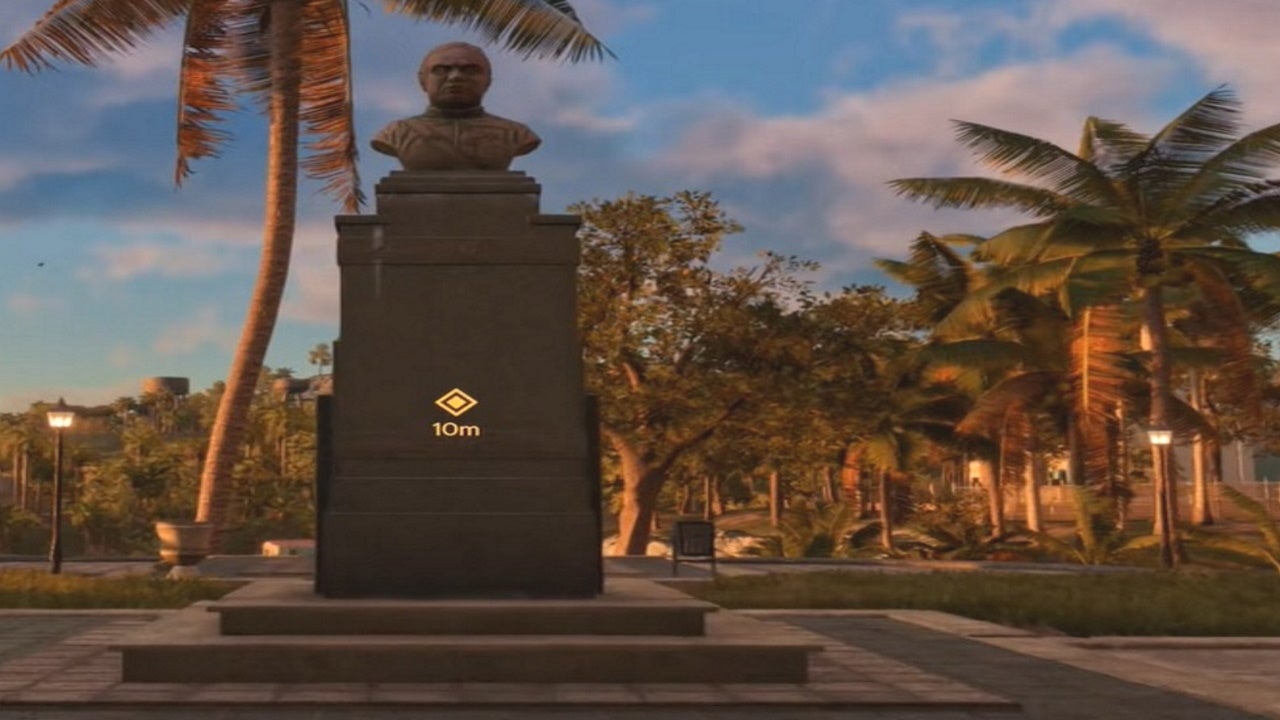 Far Cry 6 Paint the Town is a difficult Yaran Story you can take on after infiltrating Esperanza, but you’ll need your wits about you.

Soldiers swarm the streets of Yara’s capital city, so you’ll want to familiarize yourself with the guerilla pathways scattered around. Still, a good weapon or five is also in order. Most of the statues you need to deface are out in the open, and conflict is inevitable.

We’ve marked the 12 statue locations on the map below.

Nearly everywhere in Esperanza is considered trespassing, so be aware of your movements and enemy locations as you sneak through the city. The statues around the city’s perimeter are an exception, so go ahead and deal with those first.

We recommend bringing armor-piercing rounds for tougher soldiers. The sniper rifle earned by completing Cache Money is a good choice for this mission, though even the basic M16 with a good scope has chance of taking enemies out with one hit. Bring the Exterminador or Volta as your Supremo. The former makes short work of tanks, while the latter disables them long enough for you to hijack them.

Even tanks are vulnerable, though. Your best bet is stealth and dealing with soldier groups as you encounter them. It’s probably best to keep Guapo out of this fight. He’s hardly inconspicuous, and the last thing you want is your cover blown by a murderous crocodile.

Your reward for defacing all 12 statues is, admittedly, a bit meager for this point in the game. You’ll recruit Zenia Zayas as a Bandidos leader, which unlocks new quests and could give you access to rare materials.

If you’re at the end of Far Cry 6 and need some upgrades, these missions are a decent chance at getting rare items such as durable plastic. Upgrading Supremos and Resolver weapons requires a different set of quests to get Industrial Circuits, but the benefits these weapons offer makes them worth the trouble.